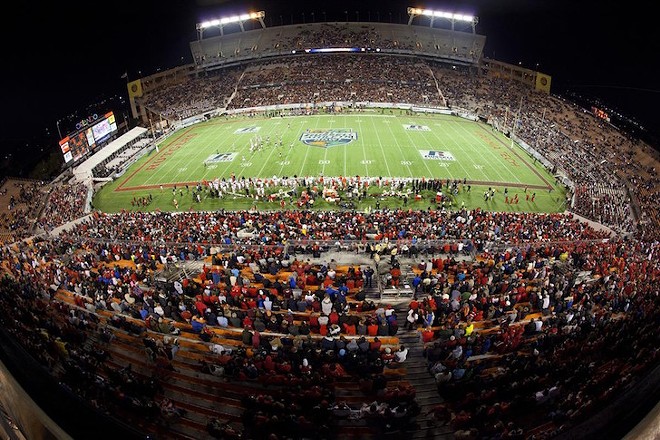 On Tuesday, officials from the Citrus Bowl confirmed that they've been talking with the NFL to bring the Pro Bowl all-star game to Orlando, the Orlando Sentinel reports.

Florida Citrus CEO Steve Hogan is working on a proposal to bring the Pro Bowl to Orlando for a three-year period. Orange County Mayor Teresa Jacobs and Orlando Mayor Buddy Dyer have voiced strong support for the plan.

According to Florida Politics, the NFL is seeking $2.5 million, and Orlando officials plan to use tourism tax money to secure the bid.

Hogan told the Sentinel he doesn't know when the NFL will make their decision, but in an email to local business leaders it could happen within a week or two.

The laid back game is traditionally held in Honolulu, Hawaii. However, with the Citrus Bowl's $207 million renovation, Dyer has been outspoken about Orlando evolving into a national sporting destination.