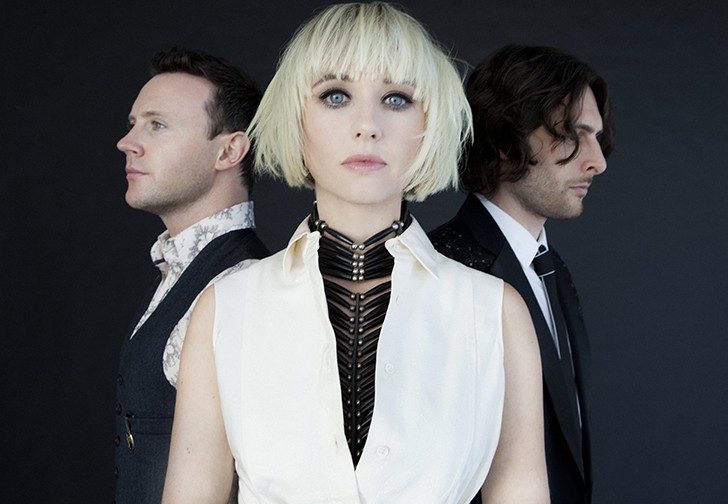 Wales-born guitar-destructo trio the Joy Formidable have been perfecting that intensely difficult and slippery balance between blown-out ear punishment and angelic sweet pop hooks that the Jesus and Mary Chain first discovered in the release of “Just Like Honey.” But don’t misunderstand, they’re not just some sunglasses-wearing copyists; they’ve found their own sugar-sweet and razor-sour voice, previously on “Whirring” and The Big Roar, and especially on new album Hitch. And the news that they recorded this album in a custom studio in Wales and commissioned Alan Moulder (studio work with Curve, Depeche Mode, Nine Inch Nails) to mix it is heartening. Hitch is an LP that wouldn’t sound out of place in the ’80s, ’90s or 2000s, and you should treat yourself to the sight of this band tearing the guts out of their songs with vicious glee onstage.