With a gorgeously thick modern psych-rock sound kin to acts like the Black Angels and the Warlocks, Miami’s Heavy Drag (April 24, Will’s Pub) stole the night last year at one of the Grand Collabs alongside equally excellent brother band the Grey 8s. What I learned later from the head of their label (the very legit Limited Fanfare in Miami) is that they’re what became of Lil Daggers, who were themselves a very good band that kicked up a little buzz and heat several years back, impressing in Orlando a couple times in 2011 and 2013. Over that timeframe, the Daggers’ psychedelic pulse had shifted from intensity toward heft, so Heavy Drag is a logical progression.

But while the Daggers blunted their edges at the end, Heavy Drag has thread a smart needle on their way down into the druggy netherworld, punctuating their narcosis with power, noise and darkness. Their mammoth plod packs every bit the tonnage that their name promises, but they’re also soaring and charged with guitars that peak at wuthering shoegaze heights. It’s a well-tuned aesthetic and, live, it’s gigantic. 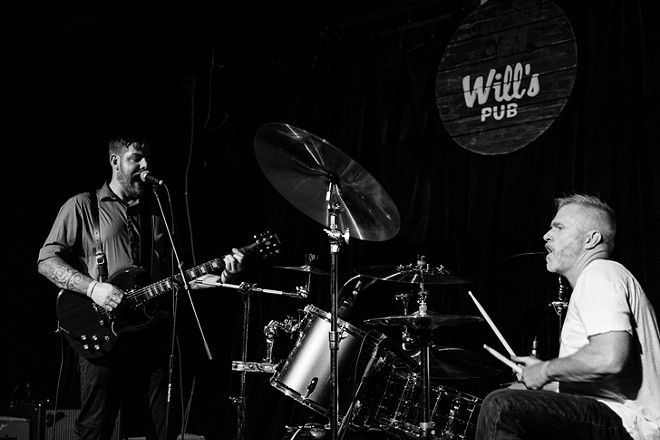 The bill yielded a new find in Howling Midnight, an Orlando guitar-and-drums duo that plays dug-in, turned-up blues rock. Unlike the punk and garage underpinnings of the big-name twosomes out there, their strapping sound bears down with more straight rock power. However, despite the range this template usually implies, they actually showed more amplitude than you might expect, ably handling Motörhead-esque velocity as well as traditional rock & roll jump. One of the brawniest two-piece live acts seen around here in a long time, Howling Midnight could ride just as comfortably with the Black Keys as with Queens of the Stone Age. And I’m pretty sure hardly anyone realizes it yet. 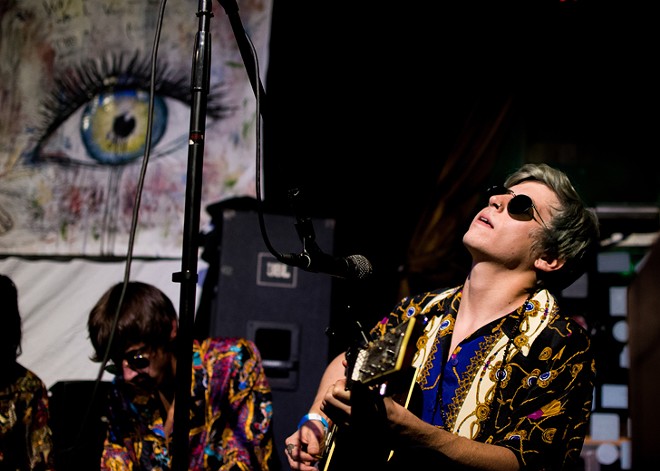 In complete contrast to the modern angle of Heavy Drag, Timothy Eerie is a local band that have already become strict psych constructionists in their young career. From the first time I saw them last October to the second in February, they changed dramatically. After that last show, I noted how regressive that turn was, writing that this course could only end in some white-dudes-with-sitars scenario. I was half-joking.

But, apparently, even that exaggeration underestimated their psychedelic commitment because, this time, they performed entirely seated, cross-legged on cushions, like – you guessed it – a bunch of hippies.

So now this ambitious and ever-developing psych family (engorged to nine members at this show) is in a moon that’s shed almost all rock tendency for flutes, exotic percussion, periphery-bending sound effects, bare feet and eye-frying fashion like something straight out of a 1960s commune. I guess if you’re gonna live the gimmick, go all the way, right? And this would qualify as all the way. 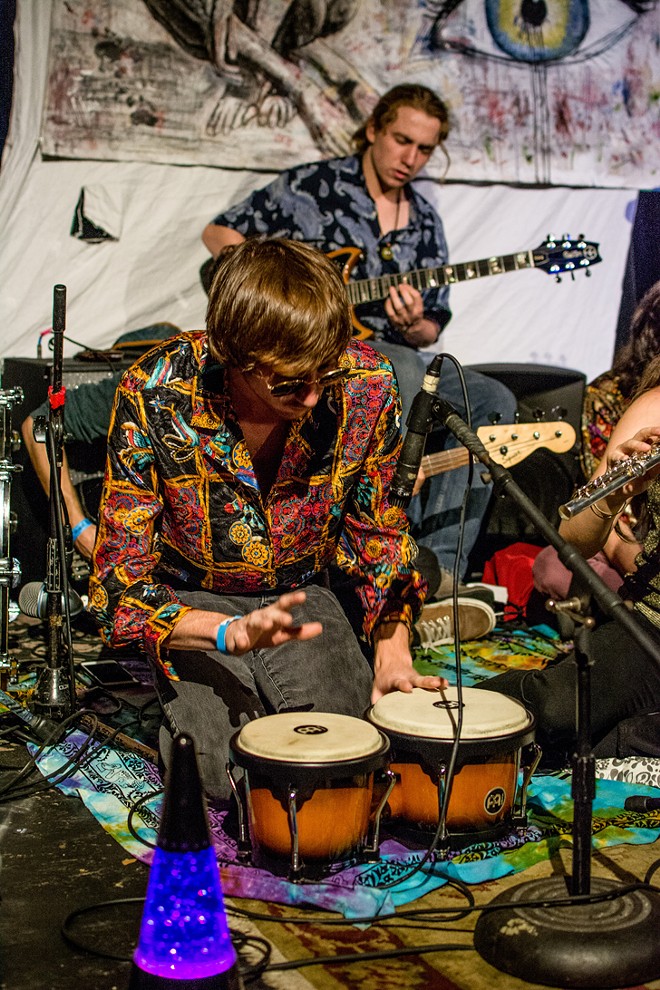