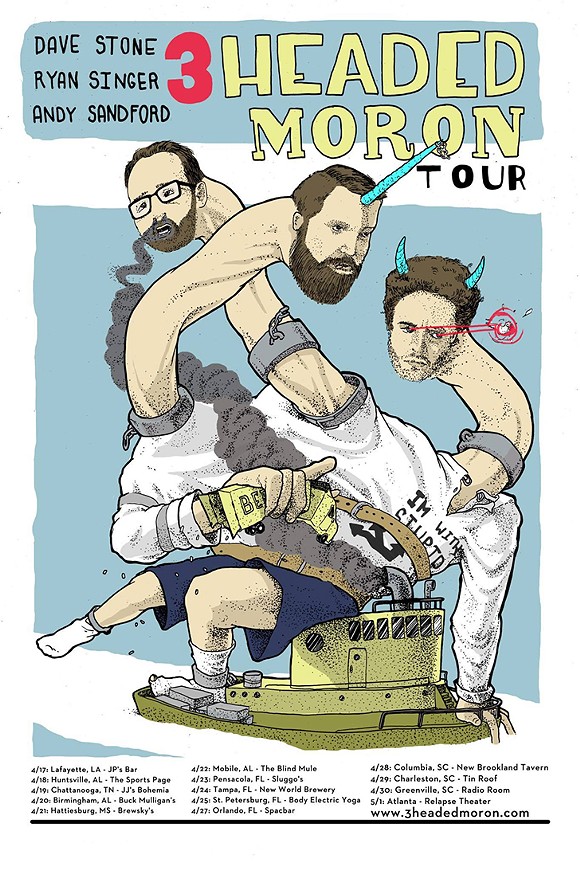 Though Spacebar’s Wednesday night comedy show features top local talent on the regular, they’ve also become the No. 1 booker for underground out-of-town comedy over the past year or so. Comics who are not quite big enough for the Improv feature at Spacebar on a regular basis, and tonight’s show brings the return of Atlanta/L.A.’s Dave Stone, who last played there in November 2015. Stone’s résumé is top-notch, with appearances on The Late Late Show With Craig Ferguson, Last Comic Standing, Squidbillies and LA Weekly’s 2012 “12 Comics to Watch” list. Joining him for this tour are Ryan Singer, a frequent guest on Marc Maron’s “WTF” podcast, and Andy Sandford, who has appeared on Conan and Aqua Teen Hunger Force. The three comedians are all very strong performers and poised to break big in the next few years. Catch them on this tri-headed tour for bragging rights a little further down the line.