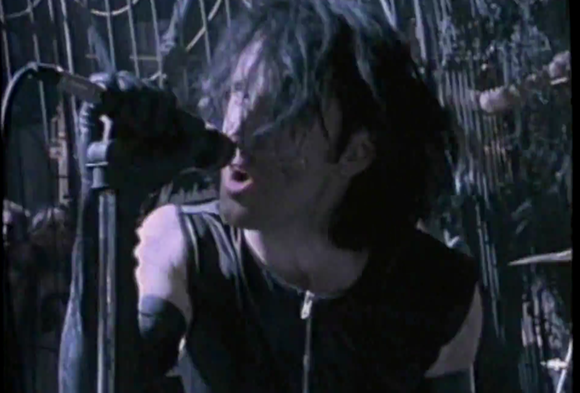 Coming off the commercial high of the Pretty Hate Machine, and a high profile slot on the first Lollapalooza tour, Reznor had a very adverse reaction to the fame bug and set about trying to sabotage his own popularity. In short order, Nine Inch Nails released both the Broken and Fixed EPs. The former was a suite of songs heavy on both guitar and extreme self-loathing, and light on immediately catchy songs like breakout single "Head Like a Hole," while the latter was a total deconstruction of of the songs on the first EP by the likes of Coil and Jim "Foetus" Thirlwell.

Not satisfied with that demolition work, Reznor filmed a short "movie" that showcased several of the songs on Broken, in collaboration with extreme performance artist Bob Flanagan and Coil's Peter Christopherson. For a bit more context, Flanagan's work delved into self-mutilation, while Peter Christopherson had the affectionate nickname "Sleazy" (from friends, no less) and one of Coil's best albums was music that had been slated to soundtrack a Hellraiser film, but was rejected for being "too frightening."

The end result was too much for even Reznor; not to mention Christopherson being momentarily shaken by what he's created. Reznor cancelled the release, but dubbed off a few copies for "friends" that later spread to devotees of the dark corners of "alternative" music. (Probably next to GG Allin live bootlegs.) And now the film has made its way to the internet. Perhaps the home for which it was unconsciously intended.

Watch the video here, or maybe don't. You probably shouldn't.