I’ve been curious to see St. Pete’s Wolf-Face (May 6, Will’s Pub) for a while now – mainly because, first, they’re a band called Wolf-Face and, second, they actually wear wolf faces. Their particular lupine inspiration is Michael J. Fox’s b-balling Teen Wolf because, duh. Beyond that, I’m only concerned about their music because it’s my job. Really, I just wanted to see wolves on stage. And they delivered, Beavers jerseys and all.

But, holy shit, behind all the goof and gimmick, they’re actually a good band. Their intro was a nicely faithful rendition of the Cramps’ “I Was a Teenage Werewolf,” but the rest was roof-punching, street-style punk rock. As muscular as they are melodic, they outclass much of their very earnest punk contemporaries. They’re solid enough to stand strong even if they didn’t have their whole getup. But please, please, please ... don’t ever lose the getup.

As overtly comical as headliner Wolf-Face was, however, cover band opener the 4Js was almost funnier in ways more related to their playing than their sense of humor. I was even warned before I walked in but, hoo boy, this was almost difficult to believe. I’m an ultimate believer in the power of words. But sometimes, they can only go so far. So I leave you with video. The choice of song, though completely incidental, was pretty perfect:

A little like listening to classic radio after getting beat over the head with a hammer, innit?

Flashlights, on the other hand, was great as usual. I’ve written tons about them and don’t have that much more right now to say, only that they’re one of my hall-of-fame local bands. And that cover of “Purple Rain” that they closed on – it’s topical, but they’re no train-jumpers. They’ve been doing that one for years. It was a perfect time to break it out. 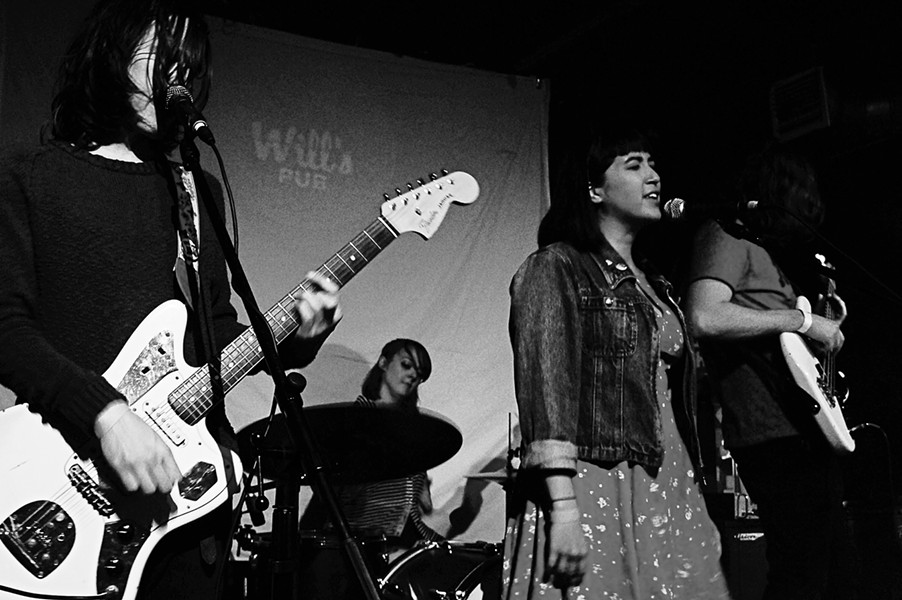