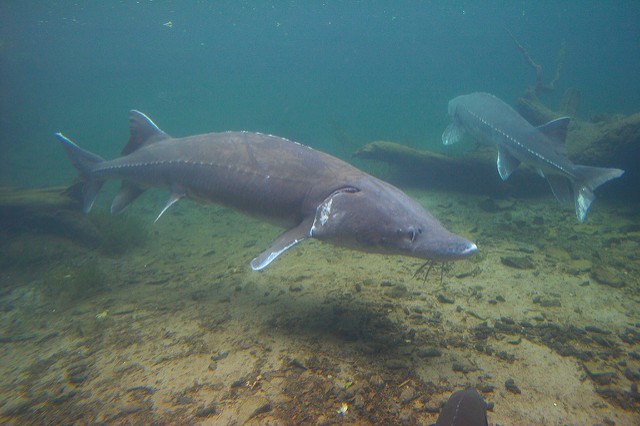 According to a statement from the Florida Fish and Wildlife Conservation Commission, Dick was participating in a fishing tournament and driving at approximately 30 mph near Manatee Springs, when a sturgeon bounced off the windshield of his boat and into his face.

The 62-year-old was immediately taken to a hospital and is expected to fully recover.

Last year, sturgeon-related knockouts in Florida resulted in eight injuries and one fatality.

Be careful out there.

Sturgeon in the Suwannee can grow up to 170 pounds, and though researchers aren't completely sure why they jump, research suggests that it may be a way to fill their swim bladders to maintain neutral buoyancy and also to communicate with other fish, says the FWC.