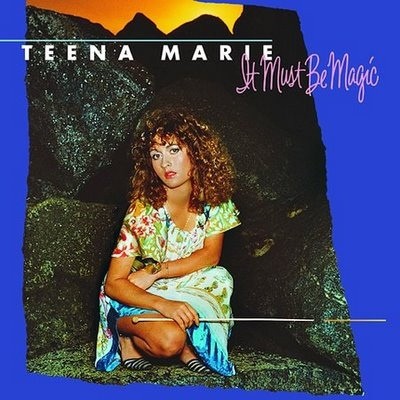 In early 1981, Teena Marie was the most successful white act to have ever recorded for Motown, with all three of her solo albums to that point having broken into the R&B Top 20 charts and two singles – "I'm a Sucker for Your Love" and "I Need Your Lovin'" – making it into the R&B Top 10. While her earliest success could have been attributed to the influence and assistance of her mentor Rick James, by the time Teena Marie released Irons in the Fire in mid-1980, she was writing and producing all of her material herself. It turned out that not only did the former Mary Christine Brockert possess one of the most richly soulful voices in modern R&B at the time, but she was also an incredibly accomplished multi-instrumentalist (keys, percussion, guitar) and a gifted arranger, all of which she was able to put to exceedingly effective use on Irons. The confidence she gained – and respect she had earned – from that album prepared her to make an indelible mark in 1981, and with the May release of It Must Be Magic, she did just that.


The release of the album's first single, "Square Biz," stood as an unmistakable statement: not only is the song one of the first R&B hits to incorporate a rap into it, Teena Marie was name-dropping Nikki Giovanni and Maya Angelou while referring herself as the "Vanilla Child" in a set of bars that paid blatant homage to "Rapper's Delight." She never questioned her bona fides nor right to be accepted in the R&B community, and with "Square Biz," she planted both feet in urban culture as a proud and unapologetic artistic contributor.

And, if the gleeful funk of "Square Biz" wasn't enough to solidify the album's stature as an R&B masterpiece, the inclusion of "Portuguese Love" – a sultry and expansive ballad clocking in at over seven minutes – certainly did. Although the song didn't fare nearly as well on the charts as Magic's other two singles (the title track was a moderate R&B hit as well), it's become something of a secret classic in the intervening years, soundtracking summer loves for who knows how many people.

Oddly, despite Magic's commercial and critical success, Teena Marie wound up facing off with her label in the album's aftermath. Motown was dragging their feet on allowing her to release a follow-up album, but also using contract law to prevent her from signing to another company. Calling them out almost immediately on their bullshit, Teena Marie sued Motown to get out of her contract, and not only did so, but also set a legal precedent – the so-called "Brockert Initiative" – that keeps record labels from keeping an artist under contract but not allowing them to work. And while she would end up making her biggest mark on pop culture a couple years later – 1984's "Lovergirl" single made it to #4 on the pop charts and also onto about eleventy billion mixtapes and DJ sets since – the impact she made with Magic as an artist and as an artist-rights agitator was far more important.