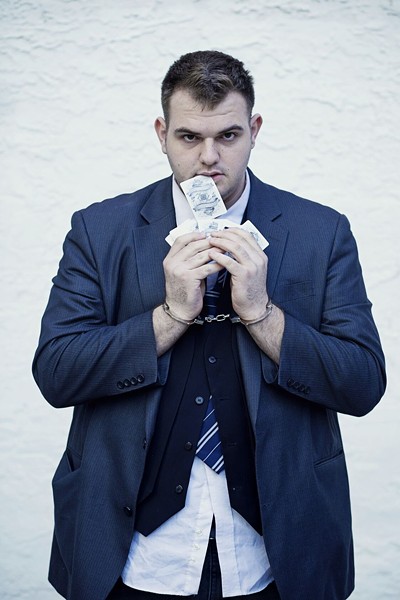 His previous prestidigitating partner, Tim Hoffman, may have vanished this year, but in Prestigious Insanity Spencer Hojdila proves he has what it takes to carry a magic show all on his own. The production begins with Hojdila, dressed in the white scrubs of an asylum inmate, attempting to free himself from handcuffs while monologuing on the metaphorical restraints that fetter us all. As the show proceeds, Spencer splices his low-key philosophizing patter with a well-executed series of illusions, some of which will make those with sensitive stomachs squirm.

Hojdila can find a audience member's card in a pack with the best of them; however, it's the sharp razors he swallows and strings he pulls out of his eye socket that really make an impact. His self-deprecating stage presence, which is surprisingly unassuming given his intimidating size, could still use a little polishing, but the chilling construction spike effect he designed for his finale is a showstopper well worth the price of admission.