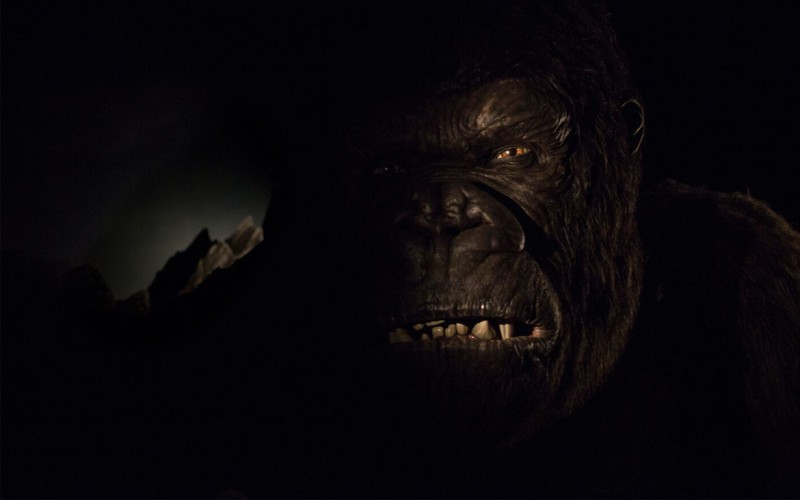 This morning Universal Orlando revealed a first glimpse of the giant animatronic Kong featured in the 3D ride Skull Island: Reign of Kong.

According to Universal, Kong is approximately three stories tall with a head larger than an automobile. Guests will come so close to the iconic ape that they "will feel his breathe sweep across their skin and his thunderous roar reverberate through every bone in their body."

The video also gave a peek at the overgrown wildlife that populate Skull Island, from a pack of smaller dinosaurs to dangerous spiders.

"We have massive sets, massive ride vehicles, massive characters and creatures, and a massive story," Universal Creative Mike West says in the video.

While no specific release date has been announced, you can expect Skull Island: Reign of Kong to arrive in Summer 2016.