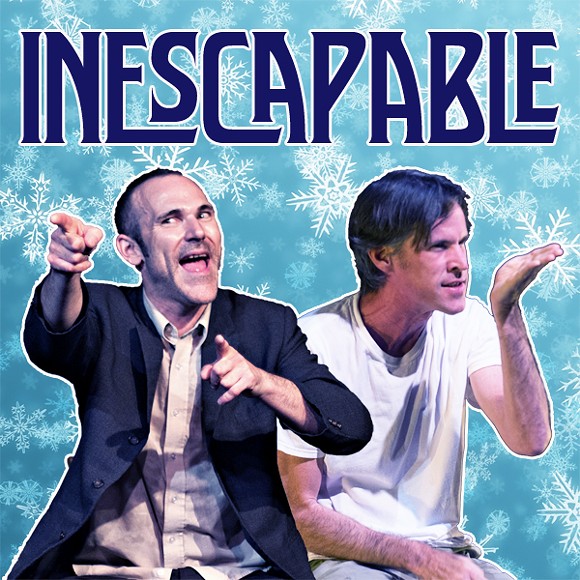 Have you ever gotten stuck in one of those circular arguments, where the conversation spirals around and around until your déjà vu has déjà vu? Playwright-performer Martin Dockery's Inescapable takes that familiar feeling and spins it into a tense, brain-twisting two-man drama. Dockery's unnamed character is already feeling depressed and suspicious over his wife's waning affections when his best friend (played by Jon Paterson) discovers a mysterious box in his closet during a joyless holiday party. The ominous object, which may be a harmless toy or something more sinister, sends the pair down a rabbit hole of recriminations and repetitive questions that had me riveted in my seat until the final blackout.


Inescapable reminded me of a less perplexing version of the indie sci-fi film Primer, or a lost Twilight Zone episode written by Quentin Tarantino. It lacks the romantic magic-realism glow of Dockery's previous plays performed with Vanessa Quesnelle (who directed this production's rapid-fire delivery with well-balanced finesse), replacing it with testosterone-fueled propulsiveness. Thanks to its tantalizingly enigmatic script and compulsively engaging performances, Inescapable will have you crying, "What's in the box?" like Brad Pitt in Seven long after the curtain falls.