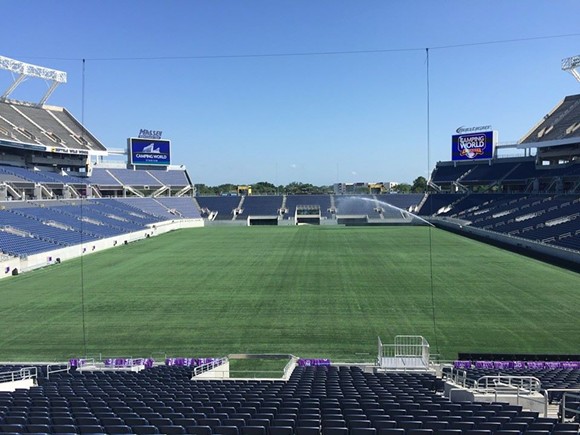 The NFL has decided to move its all-star Pro Bowl event from Hawaii to Orlando's Camping World Stadium, according to a report from Bloomberg.

The media organization granted anonymity to three sources who confirmed the news before the NFL could announce anything. Bloomberg reports Orlando bid out Honolulu, Houston and Sydney, Australia for the event. Both an NFL spokesman and a spokesman for Florida Citrus Sports declined to confirm the news to Bloomberg.

Last week, the Orange County Tourist Development Council agreed on a plan to spend $3 million in hotel taxes over the next three years to bring the Pro Bowl to Orlando. Florida Citrus Sports officials told the board the event could bring $25.3 million in visitor spending and $271 million in publicity value.

UPDATE: Local officials have not confirmed this news yet, but it appears Gov. Rick Scott did on Twitter.

Welcome back to the best state in the nation, @NFL #ProBowl! Looking forward to hosting everyone in Orlando.