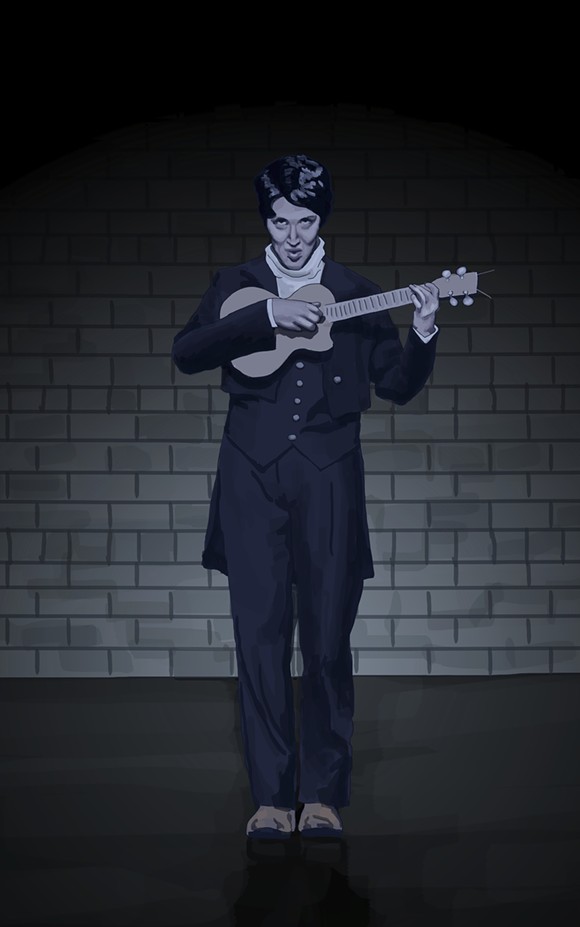 Before Poe was the gloomy poet beloved by goths everywhere, he was lonely little 11-year-old Edgar Allan. As played by Katie Hartman, whose raven hair and avian features prefigure the author's most famous work, Edgar is far more energetic than the sad-eyed alcoholic he was to become (though the signs are there in his ever-present flask). Rather, he savagely strums his ukulele, singing snatches of gloomy verse while strutting and sputtering about the stage like a force of nature. The only thing that gives Edgar Allan pause is Edgar Allan (Nick Ryan), a rival classmate with the same name and intellectual aptitude, but opposite temperament.

Edgar is obsessed with his inscrutably monastic classmate, who lives in a hidden room and never speaks above a whisper, just as the narrator of Poe's "Tell-Tale Heart" was vexed by his neighbor's eagle eye. The plot is adapted from "William Wilson" and other Poe short stories, and anyone familiar with his "Cask of Amontillado" will shiver with anticipation at the ending.

With Edgar Allan, the Coldharts (Hartman and Ryan in collaboration with Mark Benzel) hit a similar chord for me to the award-winning Wonderheads (who aren't at the Fringe this year), only with a darker edge. Hartman's powerfully piercing voice is haunting, and with their convoluted physicality, the duo looks like Edward Gorey illustrations brought to life. Don't miss this creepy, quirky charmer about friendship and murder among tweens, because "everything fun is a little bit dangerous."