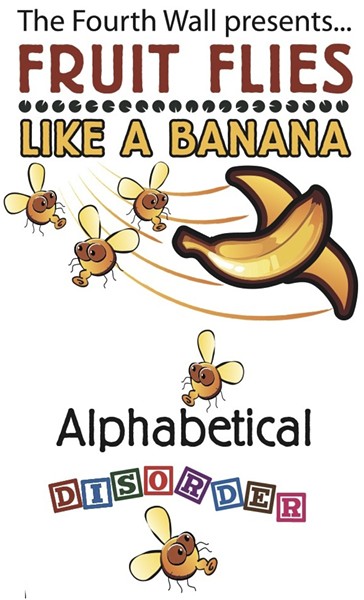 Fruit Flies Like a Banana was my favorite family-friendly show of 2015's Fringe, and the Fourth Wall's follow-up, Alphabetical Disorder, is every bit as delightful. The setup is deviously simple: Each letter of the alphabet represents a different two-minute musical comedy skit in the instrumental ensemble's repertory, and audience members determine the show's running order by selecting vowels and consonants. Pieces range from John Philip Sousa and Mozart to Duke Ellington and Billy Joel, with many modern compositions to balance the classics.

Performers Hilary Abigana (flute), C. Neil Parsons (brass) and Greg Jukes (percussion) all excel as movers as well as musicians. They don't merely play their songs; they give each its own unique comic treatment, blending modern dance, marching band and acrobatics with grin-inducing grace. Fringe has plenty of variety shows, but there's only one where you get to see vibraphone choreography, upside-down hula hooping and Modest Mussorgsky played on accordion and piggyback euphonium. Highly recommended.