Fringe Review: 'The 11 O'Clock Number: Life Is a Musical' 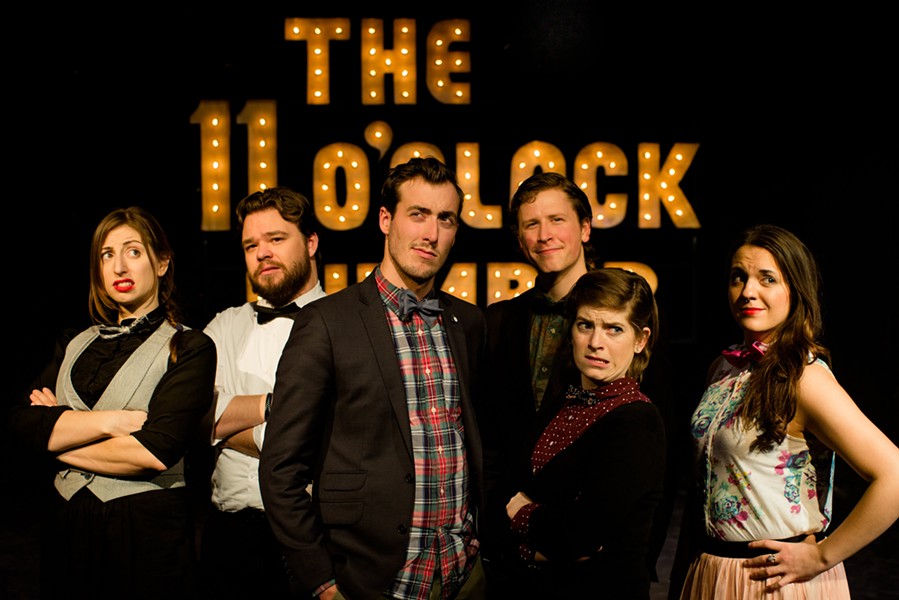 I was a big fan of the 11 O'Clock Number's initial offering at the 2015 Orlando Fringe, and with this year's Life Is a Musical, the long-form musical improv troupe shows no sign of a sophomore slump. The onstage quartet (Mhairi Berg, Byron Trevor Martin, Rachel Kent, Ed Picard) backed by keyboardist Alieda Sekulich creates an original hour-long musical comedy based on the biography of one lucky audience member.


In one of those "only in Orlando experiences," the subject of the preview performance happened to be a VIP tour guide at Universal, which the players spun into a surreal action movie involving rollercoaster-obsessed bloggers trying to blow up Islands of Adventure during a visit by the balding, bearded Princess of South Korea (who sounded suspiciously Canadian). The fact that some of the cast obviously knew the attractions, while others didn't have a clue, only made their on-the-spot storytelling more entertainingly absurd. Even so, they still had more solid plotting than some scripted shows, wrapping up all the loose ends with clever callbacks to bring the story full circle.

When it comes to the musical numbers, which ranged from pastiche and pop to doo-wop, this team isn't as lyrically deft as others I've seen, leaning on simple rhymes and choral repetition. But they are far above the median at improvising melodies and counterpoints; Martin in particular delivered a couple of "I want" solos worthy of a direct-to-DVD Disney flick. 11 O'Clock Number isn't so polished that you wonder if everything is pre-planned, but as agonizing as it is to watch them wobble on their tightrope, it's exhilarating when they stick the landing.