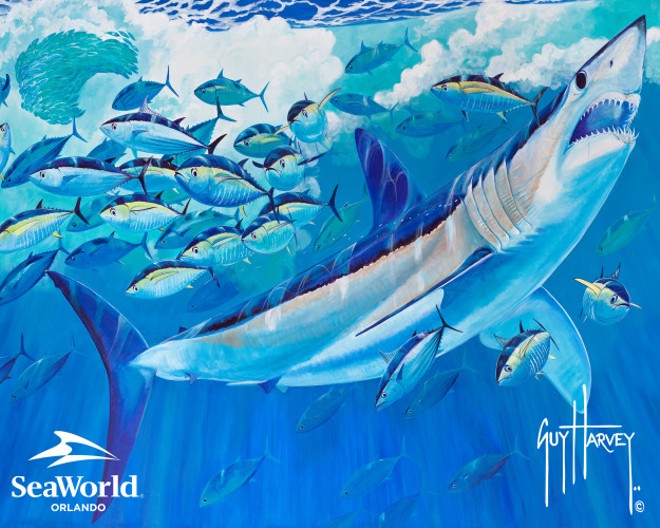 Guy Harvey, a world-renowned marine wildlife and ocean conservationist, will be live painting an original mural at SeaWorld Orlando next week.

According to a press release from SeaWorld, Harvey will be painting the mural on May 23 and 24 in SeaWorld’s Shark Wreck Reef, a shark-themed area of the park that will host the highly-anticipated 73 mph roller coaster Mako, which opens June 10.

Measuring 16-feet by 24-feet with a Mako Shark as its centerpiece, the mural will be a new addition to the handful of works already displayed at the theme park, adding to SeaWorld's growing collection of mural art from Harvey.

SeaWorld says they plan to have the queue lines for the become a makeshift virtual classroom with Harvey as the ersatz teacher.


The new park realm will also sell an exclusive array of paintings and clothing apparel depicting Harvey’s signature marine life artwork, with a portion of the profits being donated to the Guy Harvey Ocean Foundation to support ocean health and shark research efforts.