Although I was pulling double duty between concerts at Will’s Pub and Uncle Lou’s last Wednesday (May 18), I just wasn’t able to catch everything. Life is unfair like that. There were a couple other bands at the Uncle Lou’s show that I wanted to see but couldn’t, but the one that I absolutely would not miss was Period Bomb. 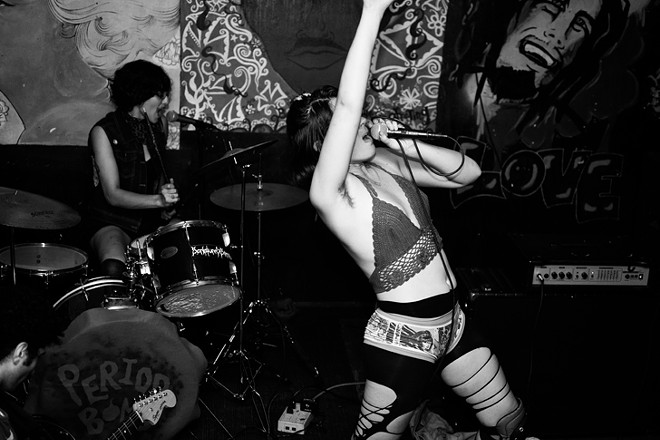 Like their visceral moniker promises, the Los Angeles/Miami punk band is a direct and colorful affront to convention. All that normative shit that you inherited by insidious social osmosis – even the boys-club punk orthodoxy – they target it right between the eyes and on all levels. In sound, optics and concept, they are pure and exciting provocation. And they do it with maximum flair.