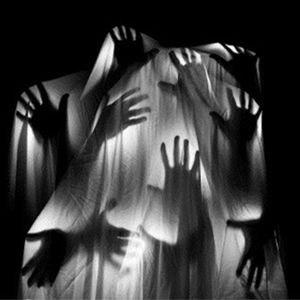 My final review of this year’s Fringe is of a show that shouldn’t work. It’s an odd jigsaw puzzle of comedy, drama and suspense, with performances that aren’t always on-target. But thanks to the red-hot eroticism of Sara Cutlip and Steven Johnson as a mysterious couple who seem equally comfortable with screwing each other and stabbing strangers – and a solid supporting job by Mickey Layman – Murder Sleep is just creepy, sexy and twisty enough to recommend.

Ryan (Johnson) is a young, virile but jobless druggie who is crashing with his friend, RT (Layman), at a historic and – rumor has it – haunted hotel in Fort Lauderdale for a couple of weeks while RT is on a job assignment. Ryan has little to do except take ecstasy and reflect upon his macho motto that he’ll “do whatever is necessary to win,” which is in total contrast to his directionless existence. Into this personal malaise steps the mysterious, sensual Francesca (Cutlip), who tries to bait him into getting revenge upon a guest in the hotel who physically assaulted her.

Murder Sleep is written by Michael Freeman and directed by Laurel Clark and Jim Cundiff, and though the pace can seem slow at times and the ending is too drawn out, they mostly get it right. Cutlip and Johnson overact slightly but certainly have charisma and chemistry – and guts, as they are fully naked for a considerable amount of time. But it’s Layman who perhaps deserves the most credit, as he provides comic relief and naturalism that nicely balance the slightly heavy-handed suspense.

“I don’t experience guilt,” Francesca tells Ryan, as she coaxes him toward crime. I wish I could say the same for myself, as I felt a bit naughty in the Purple Venue thanks to Murder Sleep’s voyeuristic debauchery. But I suppose my Fringe wouldn’t have been complete without experiencing that emotion at least once.