False Punk alone are always worth the price of admission. In terms of who the city’s most electrifying punk band is right now, they’re still kings of the mountain with no credible threat on the horizon. It’s not because there aren’t enough legit contenders – there are – it’s just that they’re that good.

The homecoming show (May 22, Uncle Lou’s) for their East Coast tour was one of those events whose turnout and energy reassure me that all will be OK with the world. Then again, it never hurts when you pad the bill with so much quality and variety. Locally, they tapped rising young melody punks Crit and instrumental surf traditionalists Thee Wilt Chamberlain. 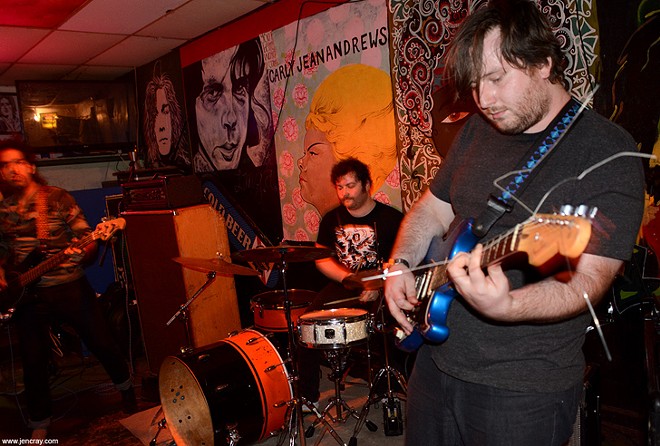 It’s been a while since I’ve checked in on Thee Wilt Chamberlain and, in that time, they’ve perfected their craft. By now, they’ve really got their thing down, with patina and atmosphere so complete and enveloping that they make stepping into Uncle Lou’s feel like a scene in a Tarantino film. Thee Wilt Chamberlain may be the only pure surf-rock band in Orlando but it would take a seriously exceptional practitioner to topple their reign as the best.

But in kindred spirit with the headliner, it was the imported bands that brought the heft and the fury. It took Jade Tree band and False Punk tourmates Socialite all of about 15 seconds to peel the lid off the joint. The beautifully blared and elemental hardcore of this Philadelphia crew isn’t trying to expand the form outward, it’s distilling it back to its essence. In tapping that pure marrow, they’re one of those bands that actually reaffirms the fundamental eternity of punk rock rather than just perpetuates its fashion. So, naturally, shit got a little crazy. Bodies flew, ceiling tiles got knocked out, it was live. 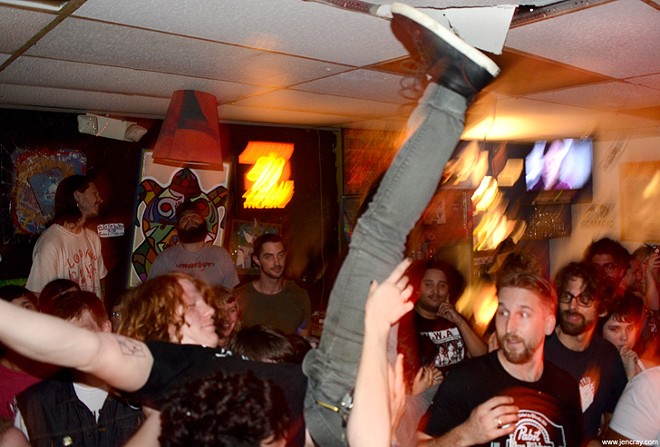 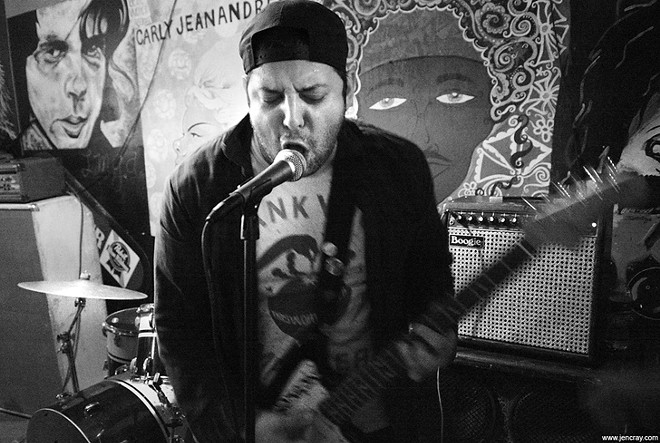 Still, you can’t undersell invention, especially when you’re face-to-face with an act like Ian Iachimoe – not the mysterious Paul McCartney pseudonym but the intensely captivating Ft. Lauderdale two-piece band. As a headlong duo that kicks with the twin barrels of noise and punk, the Lightning Bolt comparison is facile but appropriate. While Lighting Bolt rides the frenzy, however, the bass-and-drums assault of Ian Iachimoe gets heavy and hairy like a sludgy, fuzz-thick, bottom-heavy cousin that’s every shred as thrilling as it looks on paper. With the cumulative impact of dynamics, power and that pulse-jacking torque so signature of duos, they show the real mileage of a two-piece when you put some brains and guts into it. Download their latest music for free here.