The world's largest cruise ship is coming to Florida

The world’s largest cruise ship, Royal Caribbean’s Harmony of the Seas, is about to begin its trans-Atlantic voyage to its new home in Florida.

The 1,188-foot-long ship stretches 20 stories into the air. It’s currently going through smaller sailings while it gets its "sea legs" before coming to South Florida.

Costing roughly a billion dollars, the new ship features numerous unique features. The world’s tallest slide at sea has guests sliding down a winding day slide so intense riders are required to wear a helmet. A central park features over 10,000 plants, including 50 trees, along a strolling path connecting some of the 20 dining options onboard and numerous entertainment offerings. The ship also includes a bar staffed by two Kuka arm robots (the same style of robots used in the ride systems on Sum of All Thrills and Forbidden Journey). 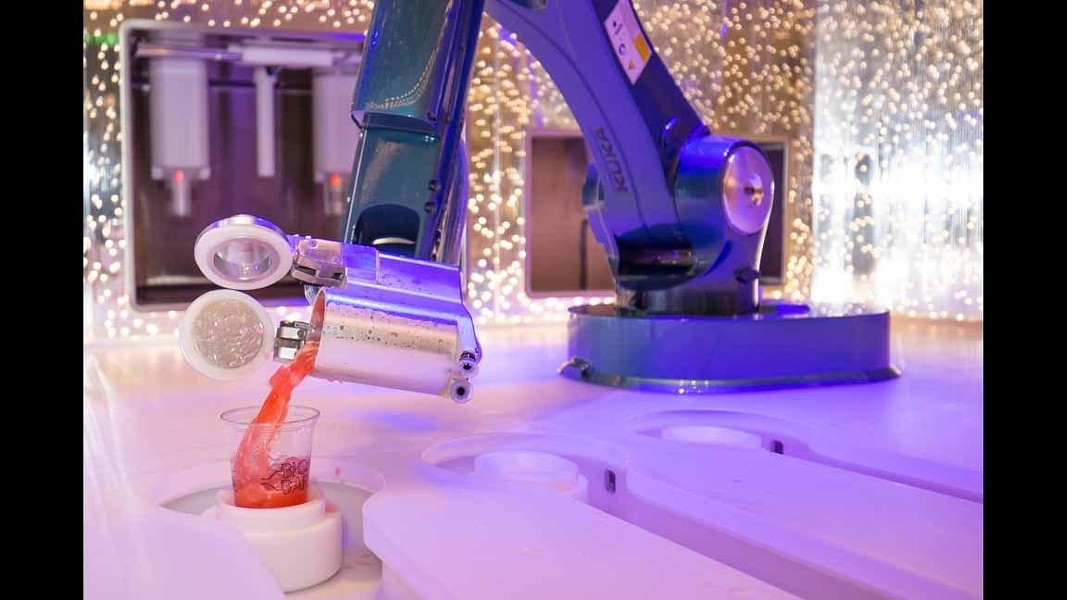 Other amenities include an escape room, an aqua-theater where acrobatic diving shows will take place, an ice-skating rink, a 3-D theater, a carousel, dual four-story-tall rock climbing walls, a zipline, and a 1,400-seat Broadway-style theater where "Grease: The Musical" will be offered to cruise guests for the first time in history. Twenty-three pools, 10 whirlpools, numerous waterslides and two FlowRider surf simulators fill the upper decks of the 18-deck ship. More than 11,000 works of art are spread throughout the ship as well.

Like other Royal Caribbean cruises, character dining and other interactive experiences with select DreamWorks characters will be offered on the ship. With 2,747 staterooms in 43 different categories, the ship can hold a whopping 6,410 guests along with over 2,100 crew members.

All three ships feature seven-night Caribbean cruises this season. A fourth, currently unnamed Oasis-class ship is under construction and should debut in 2018.

The Gist Cruise Ship Royal Caribbean Harmony of the Seas