MegaCon returns with a four-day lineup of celebs, panels, parties and more 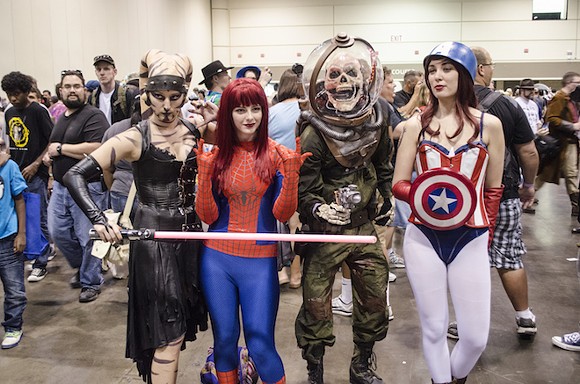 Over the past 23 years, MegaCon has grown into one of Florida's premier pop culture events, mirroring the explosion in popularity of so-called "geek" culture. It got so successful, in fact, that it was sold last year to Informa Canada, the company that produces the popular FanExpo group of conventions across the U.S. and Canada. While some were wary of the acquisition, it looks like the convention is benefiting from the extra connections and experience of the FanExpo family. This is the first year that the convention has been scheduled for four days, and the list of celebrities attending is pretty impressive; in addition to comics legends like Frank Miller and Peter David, you can get close to stars like Adam West (Batman), Anthony Daniels (C-3PO from Star Wars), Lena Headey (Baddest Bitch in the Seven Kingdoms Cersei from Game of Thrones) or even Star Trek's original Capt. James Tiberius Kirk, William Shatner. But whether you come for the panels, parties, shopping or celebs, it's great to see MegaCon enter a new era with such a strong lineup.