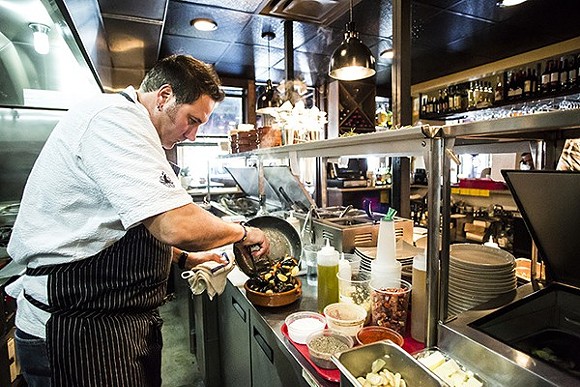 Sad news on the restaurant front: Txokos Basque Kitchen, which opened to great acclaim in 2014, has closed.

The only full-service restaurant at East End Market, Txokos was the creation of Henry and Michele Salgado, owners of the ballyhooed Spanish River Grill in New Smyrna Beach. After a year of handling both, the Salgados decided to focus on Spanish River Grill and sold Txokos in September 2015. The new owners then sold it again, to Ricardo DiSilva and Armando Castelluci, who tapped Gina Bugayong, formerly chef-owner of Fresh, to head the kitchen.

Sadly, Bugayong, didn't get much of a chance to prove herself, as DiSilva and Castelluci closed Txokos after just a couple of months.

"We were blindsided," says Bugayong. "I wanted to rebrand and reopen with a new concept. … The restaurant industry, as you know, is difficult, but I believe [it's] even harder when you are trying to sustain an existing brand that was never yours to begin with."

The word from all sides is that this was a "purely financial" decision. In the meantime, there are several talented chefs looking for work in Orlando, and one hell of an asador grill up for sale – along with the rest of the restaurant assets and the lease on the East End Market space.