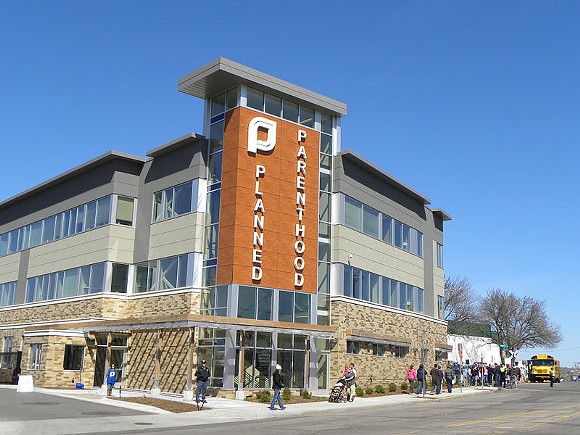 Florida's Planned Parenthood affiliates filed a federal lawsuit against the state challenging a new abortion law that, among other things, stops abortion providers from receiving Medicaid funds for separate services, such as cancer screenings, STD testing and contraception.

"We have a message for politicians in Florida, and across the country," says Cecile Richards, president of Planned Parenthood Federation of America, in a statement. "You cannot strip health care from thousands of people and expect to get away with it. Although litigation alone will not stop the unprecedented surge of attacks on reproductive health care, we will do whatever it takes to protect the health and safety of our patients."

The lawsuit says House Bill 1411, which is supposed to go into effect July 1, was the Republican-led Florida Legislature's attempt to "punish, harass and stigmatize the state’s abortion providers for their and their patients’ exercise of constitutional rights," adding that the law would "reduce access to basic reproductive health care for thousands of Florida residents." Aside from blocking Planned Parenthood from receiving Medicaid reimbursement for preventative services, HB 1411 also requires that abortion clinics be treated more like surgical centers, demands abortion clinic doctors have admitting privileges or transfer agreements with nearby hospitals, and changes Florida's definition of the first pregnancy trimester. Under the federal Hyde Amendment, using Medicaid funds for abortion is already banned, but Florida Republicans argued they didn't want to fund facilities that provide abortion.

The Planned Parenthood affiliates filed the lawsuit against the heads of the Florida Department of Health and the Florida Agency for Health Care Administration in the U.S. District Court in Tallahassee.

The affiliates say the law is unconstitutional for several reasons. First, it violates the equal protection by disqualifying Planned Parenthood clinics, even ones that don't provide abortion, from receiving funds for procedures that have nothing to do with abortion. Second, it requires AHCA to annually inspect at least 50 percent of clinics' patient records, something no other health care facility in Florida is required to do. Third, it changes the definition of pregnancy trimesters "using terms that have no medical meaning and that leave physicians unable to determine when each trimester begins and ends," the lawsuit says.

Last year, AHCA alleged three Planned Parenthood clinics in the state performed second-trimester abortions without proper licenses, which the clinics denied, saying the state had tried to use a different definition of the first trimester than the one used by doctors.

"We are in court because everyone deserves access to quality, affordable, compassionate care no matter who you are or where you are from," says Barbara Zdravecky, president of Planned Parenthood of Southwest and Central Florida, in a statement. "Let’s call this what it is: an attack on people who already have the least access to care, all in the name of politics. Lawmakers have gone so far as to claim that women can go to dentists for health care. This goes to show why Florida politicians have no business writing laws about women’s health. We will do everything in our power to protect access to care for the Floridians who rely on us."

AHCA and Gov. Rick Scott's office did not immediately respond to a request for comment. Florida Department of Health spokesperson Mara Gambineri says the department is currently reviewing the lawsuit.