Get a sneak peek at the new kid on the block over on Church Street – Maddey's Craft & Cru is currently operating in soft opening mode. 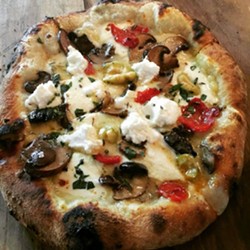 Heading the operation is chef Jason Schofield, who isn't new to the Orlando cooking scene. Schofield opened at This N That Eats (still in operation) last year, and oversaw the menu at White Wolf Cafe's now-closed Wolfies Pizzamia, where he specialized in not just pizzas but a stellar array of house-cured salumi.

The official opening date for Maddey's Craft & Cru has yet to be announced.