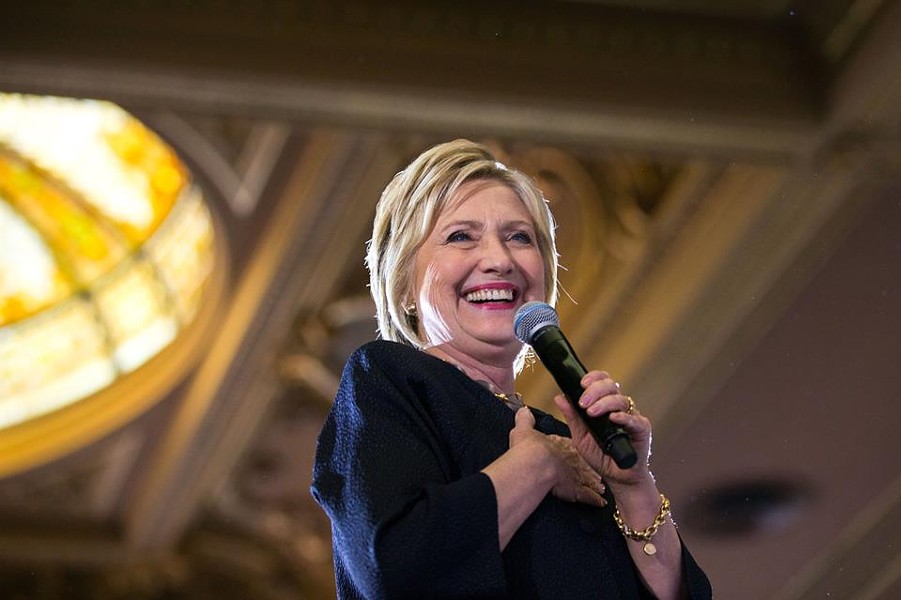 A new Mason-Dixon poll shows Democratic candidate Hillary Clinton has a three-point lead over presumptive Republican nominee Donald Trump in the Sunshine State, but neither has a majority.

Clinton leads Trump 45 percent to 42 percent in a survey of 625 registered voters conducted from May 31 through June 2, according to the poll. When he's not getting yelled at by members of his own party for believing in driver's licenses, Libertarian candidate Gary Johnson is polling at 6 percent with voters in Florida.

The poll says Clinton is being helped by two groups in Florida. White Republican and independent voters who can't stand Trump are defecting to Johnson, and Latino voters, who probably see red when they hear "Trump" and "taco bowl" in the same sentence, support Clinton by 68 percent.

"Scott could be toxic for Trump in the state," the poll says. "A whopping 40 percent of Florida voters say they would be 'less likely' to vote for Trump with Scott on the ticket."