Tonight on LMN, a documentary about the brutal deaths at a Florida reform school

One of the creepiest stories to come out of Florida in recent years (and that's saying a lot) has been the forensic investigation into the Arthur G. Dozier School for Boys, which bore out long-whispered rumors of abuse, violence and institutional cover-ups. Tonight, a documentary airs at 8 p.m. on LMN (the erstwhile Lifetime Movie Network) called Deadly Secrets: The Lost Children of Dozier, exploring the horrors that were uncovered when the investigation concluded in January of this year.

In 2012, Roger Kiser, who was at the reform school in the 1950s, told NPR: "I know of one [boy] that I personally saw die in the bathtub that had been beaten half to death. I thought he'd been mauled by the dogs because I thought he had ran. … There was the boy I saw who was dead who came out of the dryer. They put him in one of those large dryers." The LMN trailer quotes former school inhabitants talking about "blood on the walls" and "10-year-old boys being whipped like animals."

Nearly 100 boys between the ages 6 of 18 died at Dozier between 1900 and 1973, many never identified and most buried in unmarked graves. Researchers from the University of South Florida spent years searching for human remains on the school's 1,400-acre property in the small city of Marianna, Florida, just northwest of Tallahassee, ultimately exhuming 51 sets. 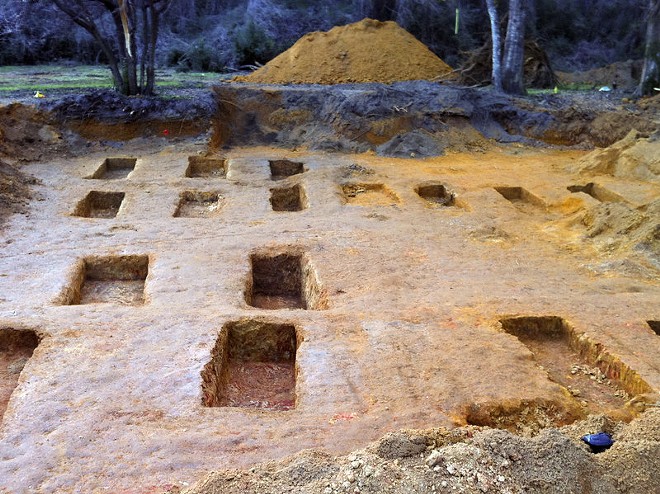 "A lot of orphans were there that did not have places at times and they were sent to Marianna. They weren't there for any crime whatsoever," said Jerry Cooper, who was sent to the school in 1961 when he was 16, in that 2012 story on NPR's All Things Considered. "But we had many, many boys who [were] there for smoking in school, that were incorrigible. We weren't bad kids. We might have needed help in some respect. But that wasn't the place to find it, I'll tell you that right now."