A fisherman reeled in a massive great hammerhead shark last weekend off the coast of Padre Island, Texas.

Fisherman Eric Ozolins revealed in a now-deleted Facebook post that it took an hour and fifteen minutes to capture the monster fish close t0 Padre Island, which is located along the Texas southern coast of the Gulf of Mexico.

The shark was measured 13 feet long and 80 inches in girth. 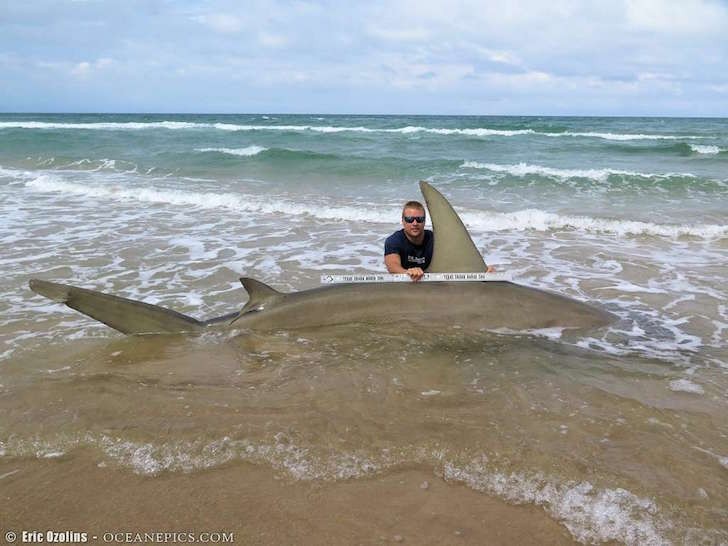 "13 feet is as big as they get," said to Padre Island National Seashore education coordinator William “Buzz” Botts in an interview with mysanantonio.com

Facebook deleted Ozolin's initial post showing the captured fish, possibly due to the graphic nature of the dead animal.

There are at least 33 species of sharks that inhabit the Gulf of Mexico, according to the National Park Service.