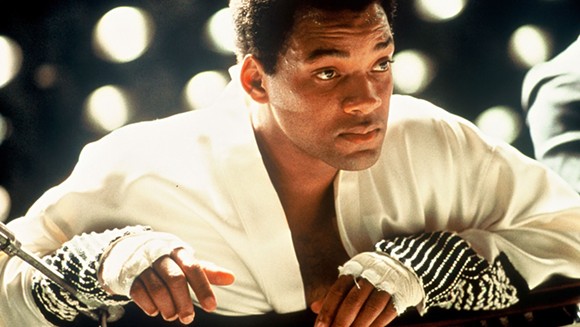 In memory of legendary boxer and civil rights activist Muhammad Ali, who passed away last week at age 74, Regal Cinemas is screening Ali in select theaters around the country tomorrow (Friday, June 10). Locally, the film will be shown at 7:40 p.m. at the Regal Pointe Orlando Stadium 20 & IMAX at 9101 International Drive.

Michael Mann's 2001 biopic covered the life and career of the three-time heavyweight champion from 1964 to his 1974 victory over George Foreman in the infamous “Rumble in the Jungle” fight in Kinshasa. The filmstarred Will Smith, Jamie Foxx, Nona Gaye and Jon Voight (as Howard Cosell). Smith and Voight earned Oscar nominations for Best Actor and Best Supporting Actor, respectively.

Tickets are available at regmovies.com.