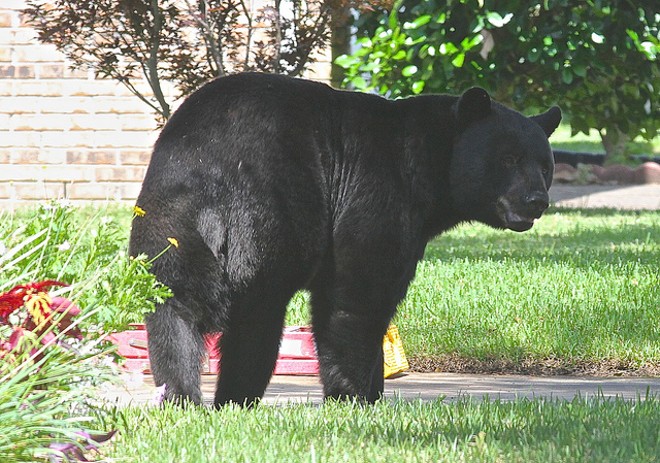 Florida wildlife officials are recommending a "more conservative and accountable" bear hunt this year as one of four options the Florida Fish and Wildlife Conservation Commission will consider at a June 22 meeting in Eastpoint.

The option recommended by FWC biologists would be a "limited hunt" that would put more restrictions on hunters, such as: prohibiting hunting a bear with another adult bear or cub present; additional restrictions on hunting near game-feeding station; and requiring hunters to tag bears they killed immediately, according to a press release. This option would also limit the area people can hunt bears to correspond with places where human-bear conflict is highest and reduce the number of hunters and permits.

Other options include having an identical bear hunt to the one in 2015 with updated hunt quotas, postponing the bear hunt until 2017 or not allowing any bear hunting at all.

"Not holding a 2016 bear hunt would give the FWC more time to work with stakeholders, local communities and the public to better develop the important role hunting plays in Florida’s comprehensive bear management program," the release says of postponing the hunt. "FWC would also continue to work with local communities and the public to advance innovative ways to reduce human-bear conflicts with the understanding that a bear hunt in 2017 could be considered as an important conservation activity to control Florida’s growing bear population."

Last year, hunters killed 304 bears in a two-day span, causing an abrupt end to the planned week-long hunt in October. Before the controversial hunt, FWC officials estimated the population was around 3,000 bears, but after a new study, estimates are closer to about 4,350 adult bears.


"The biologists and staff at FWC value all of the input we’ve received throughout the development of our comprehensive bear management program and we hope more Floridians will continue to provide input on the best way to manage Florida’s growing bear population. We look forward to continuing to have a transparent, accountable process where everyone has their voices heard on this critical topic. We look forward to presenting this information to the Commission at our June meeting, and we invite all those interested to provide feedback on options that we’ve prepared for the Commission’s consideration. Our focus will continue to be how to balance what’s best for Florida’s growing bear population with the safety of Florida families and our visitors."