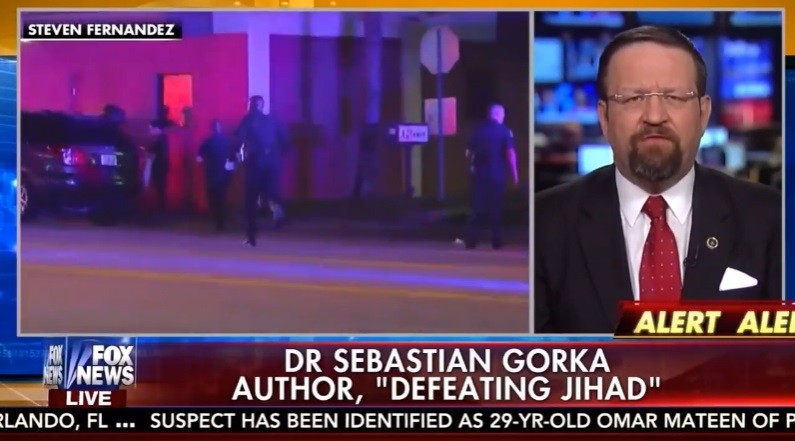 Earlier today, President Obama called last night's mass shooting at an Orlando gay nightclub an act of terror and hate, and while the exact motives of shooter Omar Mateen are still being determined, this Fox News commentator just flat out thinks Obama is to blame.

According to Fox News commentator Sebastian Gorka, who is the Major General Matthew C. Horner Chair of Military Theory at Marine Corps University, the shooting that killed more than 50 people at Pulse nightclub is all thanks to President Obama, Hillary Clinton, and political correctness.

When Gorka was asked about last night's massacre, Gorka stated:


Maria, we need to stop using words like shocking. Nobody should be shocked. This is what they have been planning to do after Paris, after Brussels. Nobody should be surprised. Likewise, this isn’t to be called a tragedy. This isn’t an Amtrak train being derailed. This is part of the global jihadi strategy. It’s not an accident. It is war against America.

This attack in part was facilitated by the policies of this administration, President Obama and Secretary Clinton, that have allowed political correctness into the threat assessment. Today I beg the White House, stop with the political correctness. We need to destroy this enemy before more innocent people, gay, straight, black, white, brown, yellow are murdered on U.S. soil.


So, according to Gorka, Obama and political correctness stopped the shooter from being investigated twice previously by the FBI, and stopped him from legally purchasing a gun despite having terrorist ties – but, of course, this is something historically conservatives love to ignore.