June 12, 2016 at 1:17 PM
comment
We will keep updating this post as we get more information about vigils and memorials tonight, and as we hear about events previously scheduled that are postponed or canceled. —OW staff


+++
NOTE: City Commissioner Patty Sheehan has requested that Orlandoans postpone any outdoor vigils scheduled for this evening as law enforcement is stretched thin dealing with the aftermath of the shooting. From Sheehan's personal Facebook page:

+++
Tonight at Lake Eola Park: Shows I Go To hosts a candlelight vigil.
"Tonight we will be at Lake Eola from 6pm - 8pm with candles, flowers, guitars, and open hearts. We'll be meeting at the park on the peninsula, near Panera bread. Please come and share your story, please come and cry and sing and show your love for Orlando and everyone impacted by this weekend’s horrible events. "

"This concert features live interpretations of Saylor's own electronic music as well as music from the film Ex Machina, filtered through a jazz lens inspired by the styles of John Coltrane and Pat Metheny.

"We are deeply saddened and shocked by this tragedy in our neighborhood, but we want to open our doors to those who don't want to be alone, who don't want to stay at home, or who want to connect more deeply with the community through art and music."

+++
The Art X Social Change event scheduled in the Milk District tonight has been postponed. Check the event page for the reschedule date.

+++
The So So Glos / Honduras show scheduled tonight at Will's Pub is going ahead according to a Twitter update posted several minutes ago.

+++
The Aaron West & the Roaring Twenties / Allison Weiss / Can't Swim / Cold Collective show scheduled tonight at Backbooth will take place as planned this evening according to a statement on the Backbooth Facebook.

+++
Charades in the West Lobby at Lil Indies is still planned for 10 p.m. Bandleader Andy Matchett released a statement on Facebook earlier today.

+++
The Dead End Lane / Abracadaver / Bear Princess / Scumfox / Disfunction show slated for Uncle Lou's at 9 p.m. tonight will go ahead as planned, according to one of the organizers.

+++
The Ancient Sun show at Tanqueray's tonight at 10 p.m. will take place as scheduled tonight, according to a post several minutes ago on the Ancient Sun Facebook. 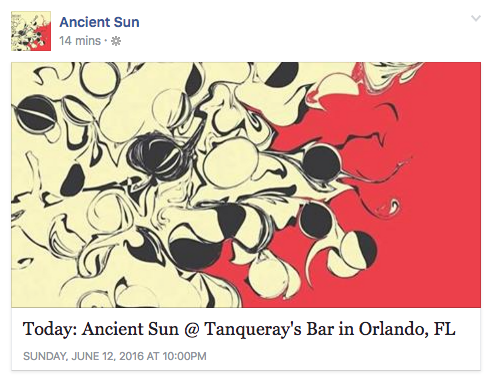