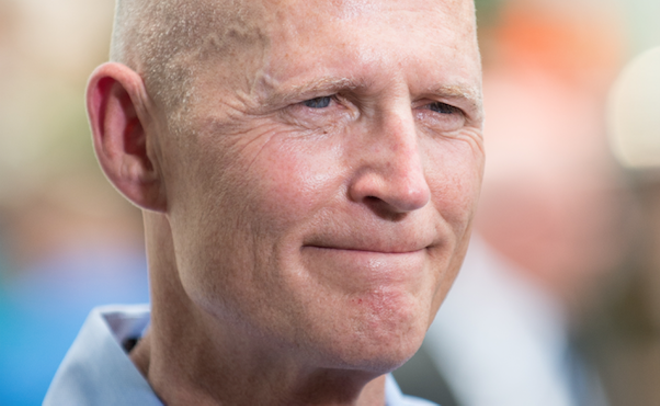 Today, at around 11 a.m., almost 48 hours since 49 people were shot and killed by a gunman in an Orlando gay nightclub, Gov. Rick Scott has finally acknowledged the existence of Florida's gay community.

It's a nice gesture, but this clearly isn't an attempt to rectify his blatant omissions of the words "Gay" or LGBT" over the last two days.

Both Scott and AG Pam Bondi have been under heavy criticism for showing a lack of support towards the gay community since the shooting. Below is a video of Bondi getting blasted by Anderson Cooper this morning in Orlando. One of the highlights is when Cooper points out how she never even acknowledged Gay Pride month.

It's definitely worth the watch:

VIDEO of @AndersonCooper grilling @PamBondi. "Do you really think you're a champion of the gay community?" https://t.co/DOFTxJOPuh


As more details are coming to light, it's becoming more and more apparent that this attack had less to do with the shooter's loose connections to Islamic Extremism and more to do with a conflict with his own sexuality.

Regardless, ignoring the LGBT community hasn't paid off for either Scott or Bondi.