Last night was my first night out since the Pulse massacre. I haven’t even attended any of the public vigils yet. Although I've been incredibly lifted by all the rallying images I've seen online, I just wasn’t ready myself. I needed the womb of my own space to grieve and process. I needed to huddle with my family.

But the beat eventually goes on, as it should, as it must. So my first outing was a deep-dive into the very marrow of the music scene: the DIY community. As I suspected it would be, it was a close night of community and catharsis. Hugs were deeper and more generous. The vibe and sheer physical energy was, in those packed quarters, unavoidable. And it forced me out of myself. Yeah, just what the doctor ordered. 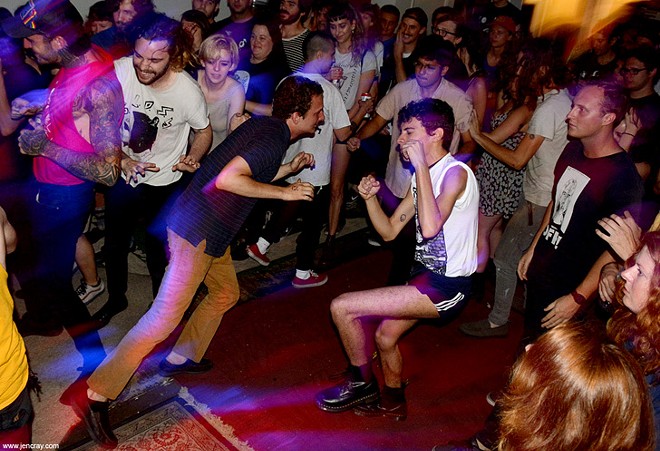 This was the first of a couple particularly noteworthy heavy shows at the Space Station, one of the city’s truest DIY venues. The other you should really know is next Tuesday’s bill – which is one of our Selections in this week’s issue – loaded with St. Pete post-rock novas Set and Setting and New Jersey atmospheric black-metal band Hivelords.

At the top of the bill was Chew. Though the punk band is from Chicago, three-quarters of its ranks are homegrown from notable Orlando bands like Great Deceivers and Hau Zarest. With cred like that, their reception was a buzz-hot sardine-can situation. After seeing its feral power live, their full-bore hardcore would’ve likely lit it up even without the built-in support. But to prime the performance, bassist Russell Harrison made an introduction that asserted their local roots with pride and impelled us to heal by being exactly who we are: people who love and make art. And on that note, with all that accumulated emotional tinder, the packed house combusted as soon as the band struck. The entire room erupted into a pit, one with a little more exuberance and force than perhaps in other, more normal times. 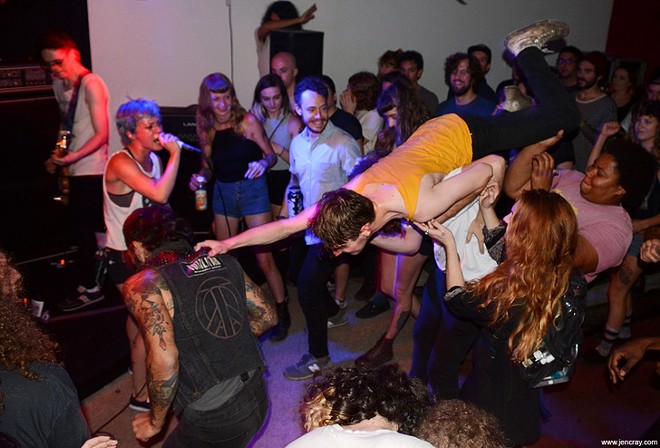 But besides Chew, West Palm Beach’s Problem Child was my other big mission tonight. They’ve been on my radar hard and were the one band I hated missing most at the recent Period Bomb show at Uncle Lou’s because I was juggling another show that night up the block at Will’s Pub. So, no, I wasn’t going to miss them again this time. Now, after seeing them live, neither should you next time they’re back in town.

They rip crazed hardcore punk with a savage noise-rock undertow that’s in a constant dive of frenzy. Live, that careening sensation is embodied in a total animal of a frontman who throws himself around with little regard for limb, thrashing on the edge and willing to drag any takers over it with him. 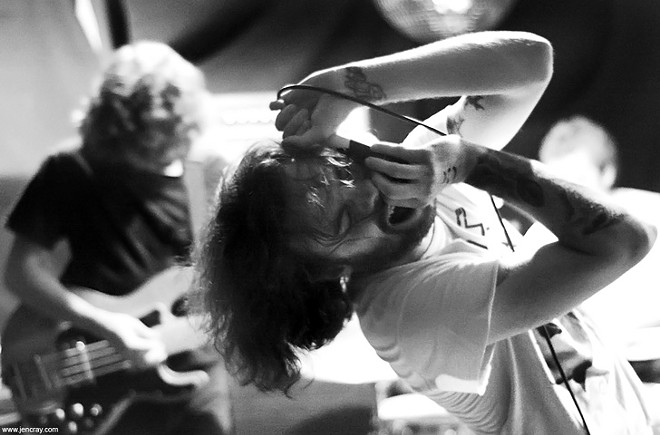 Also playing was Palm Bay’s Gillian Carter, who recently reminded me that they’re one of the best progressive heavy bands in Florida. I gushed about them not long ago at Punk on the Patio but I invoke them again as an exemplar of smart presentation that knows you don’t need big budget or high technology to bring the show visually. In their case, just a few blinding work lights proved completely transformative in a black box venue like the Space Station:

Until, of course, you trip the power and plunge the room into darkness and swelter...

But, hey, that’s punk rock for you. The show did go on once the breaker was flipped, with maybe fewer lights.

Right before they took the stage, however, a crowd video was shot for Equality Florida that captured what happens when you drop some Whitney Houston right in the middle of an underground punk show. Perhaps not what you’d expect, but it was beautiful, and it almost stole the damn night. Dance on, Orlando. 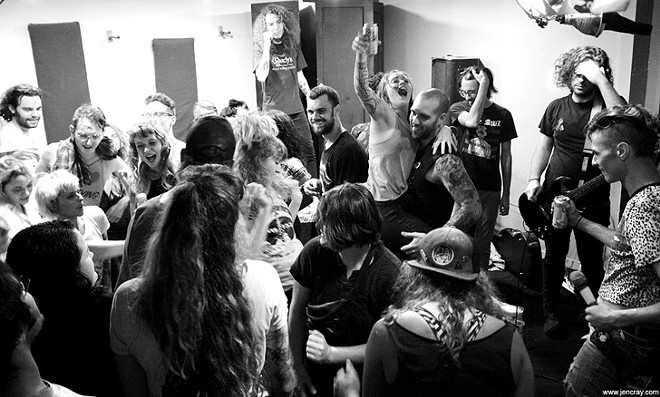