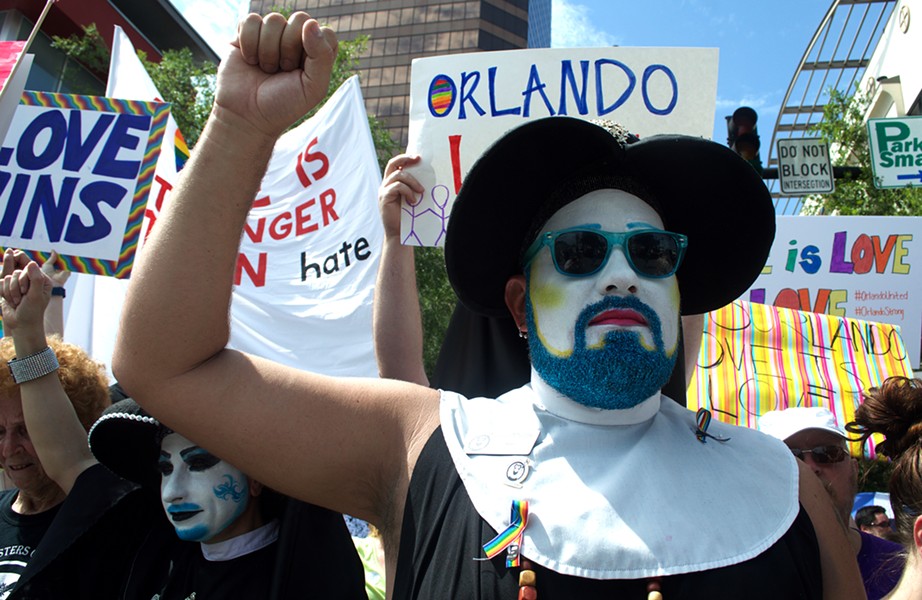 If the Westboro Baptist Church thought Orlando was going to take its anti-gay message quietly, it was sorely wrong. 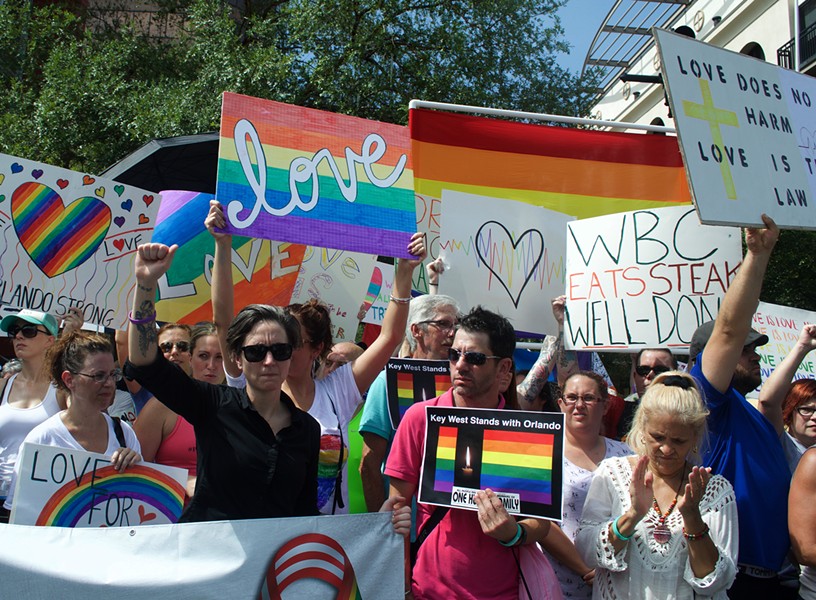 Hundreds of demonstrators sang "Amazing Grace" to drown out the Westboro members' infamous chants and cries as "guardian angels" helped form a wall protecting the Cathedral Church of St. Luke with their large white wings. Inside the church, friends and family were mourning Christopher "Drew" Leinonen, one of the 49 victims killed at the gay nightclub Pulse on June 12. The majority of the victims were Latino, and nearly half were Puerto Rican. 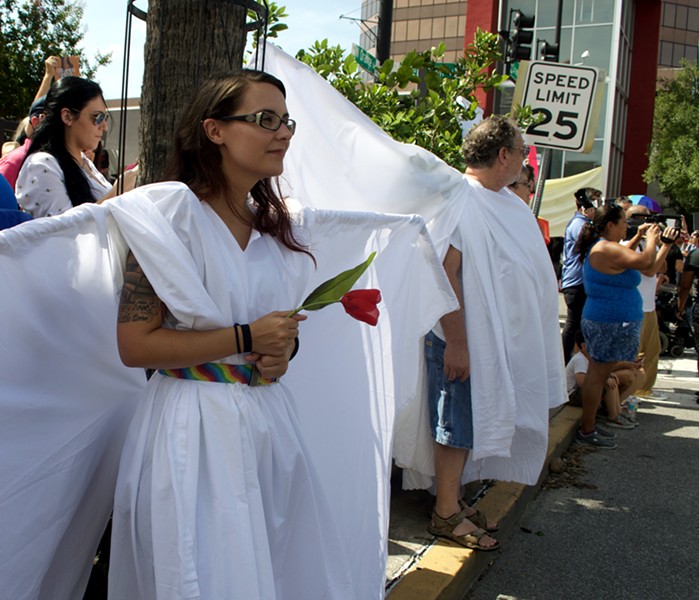 Angel Gabriel Vazquez was at the counter-protest with his partner wearing a rainbow-colored Puerto Rican flag. They heard the news while they were on a camping trip and woke up to text messages from their Orlando friends saying, "Thank God you're not here." Vazquez had been to Pulse before, and his favorite nights were Latin Night, like the one on June 12, when the club would play salsa, bachata and reggaeton.

"I'm here with our people: gay, straight, Latino, black and white," he says. "We're all one. My heart's heavy at times, but the love is overpowering everything." 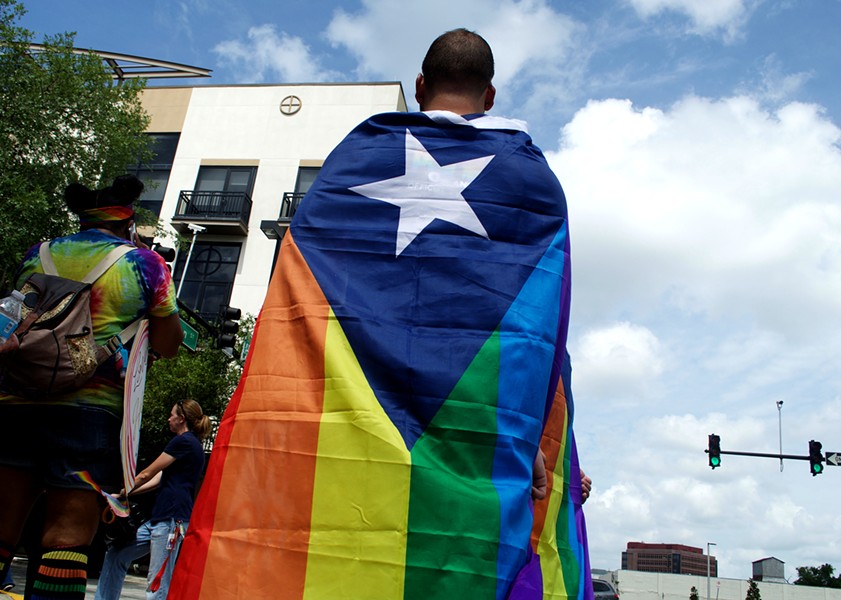 Vazquez remembers before he came out at 25, he would tell his girlfriends he was waiting until marriage to do anything. He wishes he never had to hide his sexuality and hopes that after this tragedy, other LGBTQ Latinos won't either.

"I just hope to see a stronger community," he says. "I want to see Latinos be more accepting, because somebody has a cousin or a friend that's gay, and who cares anymore? We're all here. We're all the same."