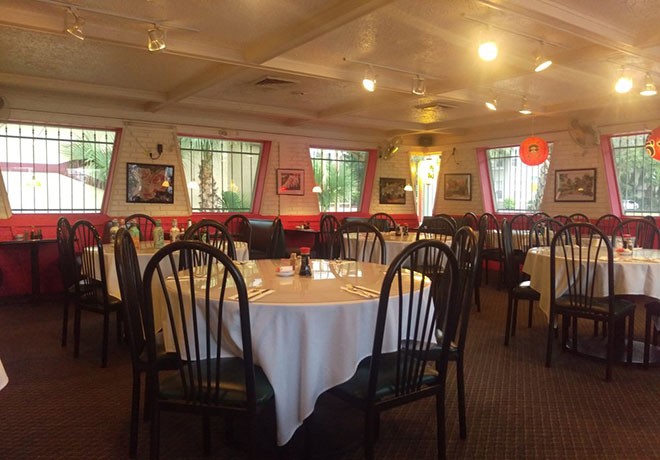 Some sad news for Orlando's vegetarian and vegan community: We heard over the weekend that Garden Café, the O.G. vegan Chinese restaurant on Colonial Drive, would close June 26.

While Orlando is no longer nearly so short on vegan dining options as it was even 10 years ago, Garden Café is still the comfort choice for many vegans for its remarkably tasty and widely varied menu. Far from being a hasty veggie stir-fry kinda place, Garden Café's recipes built up layers of savory flavor using long-simmered house-made broths, and used a wide variety of alternative proteins that included konnyaku, oyster mushrooms, gluten, tofu skins and a rainbow of different textures of TVP to create traditional Chinese fare and less-humdrum dishes like "lamb satay with pineapples," "salt and pepper ribs" "tuna with black bean sauce" and "eel in Shanghai style."

There was a scare in 2011 when new management took it over and closed briefly to redecorate, so there is a slight possibility that some third party may take over. We've heard nothing to that effect from the current management, however; but we'll keep you posted.