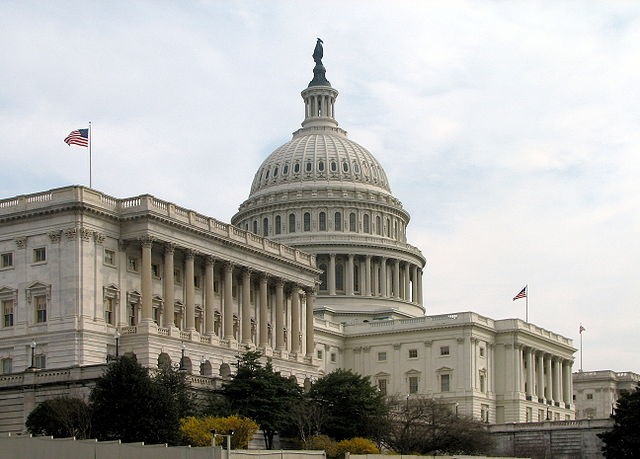 A little more than a week after 49 lives were cut short at the end of a gun in Orlando, the U.S. Senate voted to reject four amendments regarding gun control.

USA Today reports two measures proposed by Republicans would have made a judicial review system to stop someone on the terror watch list from purchasing a gun and increased the money going to the national background check system. The Democratic proposals would have "expanded background checks to private gun sales and allowed the Justice Department to ban gun sales to suspected terrorists," according to the newspaper. The Orlando gunman purchased a semi-automatic assault rifle and handgun legally in Florida.

The vote was split mostly down party lines, with both sides criticizing the other's measures as "political stunts." U.S. Sen. Bill Nelson, who voted "yes" on the Democratic amendments, says he's going to have to tell the grieving families in Orlando that "the NRA won again."

After Senate vote, @SenBillNelson asks: "What am I going to tell 49 grieving families?" https://t.co/J54RiATgwT https://t.co/hq8myHOhyk

U.S. Sen. Marco Rubio, who reportedly started thinking about running for re-election immediately after the tragedy in Orlando, voted "yes" on the Republican measures. In a long post, Rubio explained his vote, saying:


"At the end of the day, we know that law-abiding Americans will abide by whatever laws are passed affecting their Second Amendments rights, and that criminals and terrorists will keep ignoring these laws. Senators Cornyn and Grassley have struck the proper balance between addressing gaps in the law that could be exploited by terrorists while taking care not to place new burdens on lawful gun owners who simply want to protect themselves and their families. We know that the impetus for today’s votes was the Orlando terrorist attack. We can’t say for sure if anything in our laws would have stopped this maniac from carrying out some form of attack, but I know that the proposals I supported today would specifically fill gaps that are evident after this attack and protect people who may one day find themselves needing firearms to protect themselves. The Democrat proposals are politically-motivated and driven by a larger ideological agenda to disarm Americans."