Set and Setting, Freakazoid, Hivelords get heavy, crazy and weird at the Space Station

Without fail, St. Pete heavy post-rockers Set and Setting have been sonically stunning in their appearances here over the past several years. So, of course, the idea of seeing them in a uniquely up-close situation like at DIY venue the Space Station (June 21) is an exciting one. But, after having experienced their stentorian gale force live in a pro venue with pro sound, how their signature sound would play in a small personal room like this is a very real question. Now I know the answer, and it’s like a military helicopter touching down in your living room.

The band’s now without a bassist. But in a mammoth arrangement of two guitarists and two drummers who all play at maxed-out shoegaze volume, the loss is negligible. In fact, between their rig and their attack, they pack a sound that’s supernatural in its immensity, overcoming and overwhelming any limitations of even a guerrilla venue like this.

At the risk of repeating myself, Set and Setting are one of the best heavy post-rock bands alive. Masters of both mass and craft, they have a more perfectly concise, climactic and tasteful take on the genre than practically anyone right now. This is next-level stuff that is absolutely ripe for prime time. 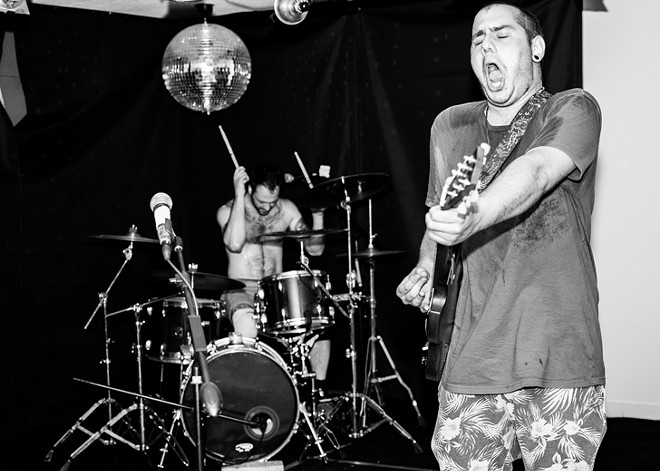 Breaking the ice was local duo Freakazoid. Like their name promises in no uncertain terms, their sound is a completely berserk head-on of hardcore and metal. It’s a wild maelstrom of extreme musical forces with an outré sensibility. Their furious scribbles definitely won’t do shit for your nerves with all the shrieks, angles and speed, but this twosome can push the pulse with some raw, ravaging excitement. 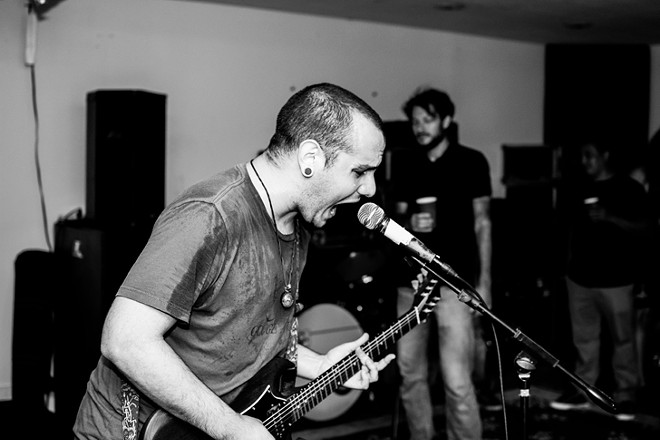 Capping off the night was Hivelords, a progressive black-metal band from Philadelphia, one of the current hotbeds of heavy music to which Orlando has lost some of its own musicians and bands.

Live, they’re a little less dark and more clarified than on record, but respectably blistering just the same. And, apparently, they have a huge Godfather jones. That’s the only thing to call it when a band has a T-shirt design that’s a total hesher rip of the iconic puppet master logo and opens their set with a headbanging version of the movie’s theme song, which is quite possibly the weirdest thing I’ve ever heard at a metal show. 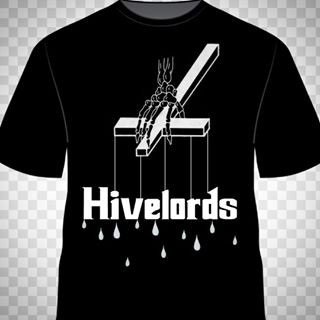