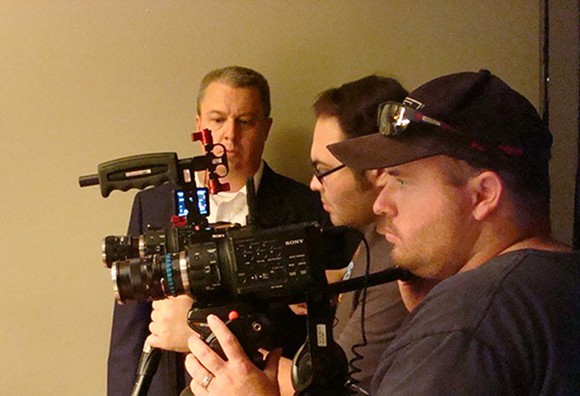 The 48 Hour Film Project is kind of a big deal among filmmakers. It's the largest event of its kind in the world, with almost 150 cities fielding individual contests which funnel into an annual competition.

Filmmakers are given a genre, a line of dialogue, a prop, and a character name and trait, all of which must be used a short film which they have just two days to write, shoot and edit. (To get a feel for the madness, check out this story we ran about the 2013 contest.)

This year's contest is July 15-17, and teams have been meeting to discuss strategy since May, but Orlando-based film hiring firm ProductionHub is sponsoring a contest to find a last-second entry. Just shoot a 48-second video that sums up what "the City Beautiful" means to you – "how do you see Orlando, what is everyday life like here, and what about this city inspires you?" they ask.

The winner will get free entry in the Orlando 48 Hour Film Project. Deadline to submit is end of day tomorrow (Wednesday, June 29) and a winning team will be selected on Friday, July 1. Contest prizes and rules are below. Here's hoping we uncover the next Scorsese, Coen or Lynch here in Orlando.

Rules:
Free to enter
Video must be 48 seconds (no more, no less)
Tag @ProductionHUB on Facebook, Twitter and/or Instagram, use hashtag #OURlando and #Orlando48HFP to be considered. Chances of winning are increased if the picture or video is on more than one channel with the MOST likes.
Contestants may promote their video entry more than once, but please no more than once per day.
Videos will be judged on the following criteria: creativity & effectiveness in demonstrating your view of Orlando and viewer popularity