Jamie Lee Curtis: 'Orlando will be known as the city of love' 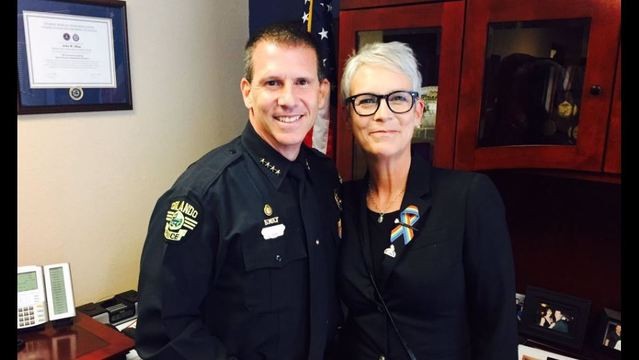 Movie star Jamie Lee Curtis stopped by the Orlando Police Department on Tuesday as a show of support to the first responders involved with the mass shooting at Pulse nightclub.

The Halloween star posed for photos, gave hugs, and also showed her sympathies to the officers and first responders who handled the Pulse shootings and its aftermath, saying "Orlando will be known as the city of love."

Curtis has been seen in other unexpected locations as of late, such as the premiere of the Warcraft movie where she arrived in green body paint and Orc clothing.