I frequently rue the absence of a real honky-tonk in the area but, when you think about it, the same could almost be said for a real blues club. Thanks to a little street knowledge and a good story we ran a couple years ago (“King Snake Records, back porch jams, memories of the chitlin' circuit”) by Christopher Balogh, however, I heard about the blues jams at the Alley in Sanford. As the article uncovers in nice depth, Sanford packs some musical heritage that, though little-known nowadays, is deep as part of the legendary and crucial Chitlin’ Circuit. Little of that tradition exists around there any more, at least not with any significant profile. But perhaps some vestige or echo of it could be seen here at the last club in Sanford – and likely beyond for quite a distance – dedicated to the blues. 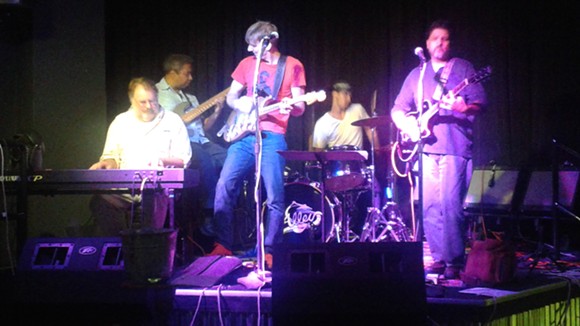 I didn’t visit the club for one of its special feature shows. I wanted to check the real everyday pulse of the joint, to see if it had any kind of connection whatsoever to that communal music tradition. So I dove into one of the several jams the Alley holds every single week. This one was the Wednesday stand (June 29) and was organized by Maurice Fields II, a native Sanford son who stems from the indigenous blues bloodline whose beat I was looking for.

Even though it’s open, this is a group jam session and not an open mic. As in all open situations, there was some variation in skill and cohesion among the performers, but nothing approaching the lows of a karaoke bar. In fact, there were seasoned, real-deal blues players in the mix so skilled that the only tells that some of them were playing together for the first time were the introductory post-song handshakes.

Another nice thing about what’s going on here was that the cast this night was notably diverse in generation, gender and color. That’s sweet relief for anyone who’s seen way too many old white guys turn the blues into beige. 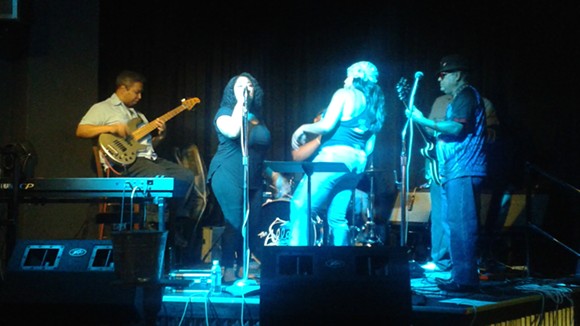 What looked like a small crowd in attendance was actually an astonishing amount of participants since most would at some point in the night take a stab at the stage. In the two hours I was there, I saw at least three full bands’ worth of players perform with some personnel overlap in all of the sets.

These were blues people here. Some old-timer even randomly chatted me up about Bo Diddley, but he both knew more about the blues and had more to drink than me so that didn’t go too far. But I dig that kind of vibe, and it was in the air. Around the campfire of this open stage were community and communion. The blues still lives in this house.

Sanford is undergoing its biggest renaissance in memory right now with a lot of young creative investment. But that tectonic shift is yet another crack for some important history to slip through. That’s why a bastion like the Alley and nights like its blues jams are so essential to the full cultural stock of this burgeoning little city. Follow their calendar and go get you some.