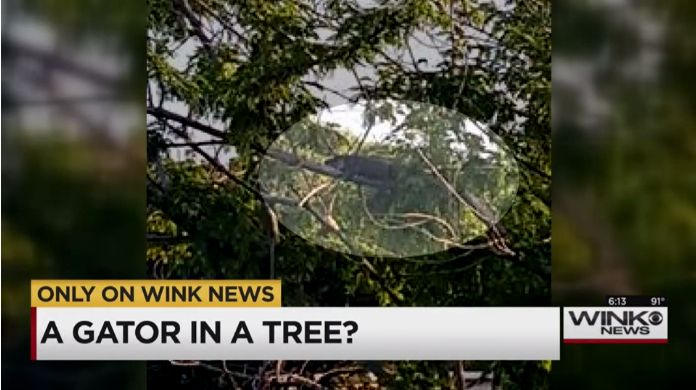 A Cape Coral resident is claiming he spotted an alligator sleeping on a tree branch, which, if true, suggests that alligators can climb trees now.

“Saw something in a tree, at first I thought maybe it was a lizard,” said Ronald Saracino to WINK News. “The more I looked at it, the more I thought it was actually probably a 5-foot gator.”

Though crocodiles have been known to exhibit this behavior, it's extremely rare for alligators to scale a tree.

FWC officials have confirmed to the station that the photo is in fact of a gator, based on the position that the animal is resting and the size of the body in relation to the head.

So, now that we know gators can climb trees, it's worth considering that gators can also scale a fence, break into your pool and ring your doorbell.

Basically, they can pretty much do whatever they want at this point.