Playalinda Brewing Company is expanding and opening the Brix Project this summer– a restaurant, brewpub and beer garden in Titusville.

The founders of Playalinda Brewing Company, Bryan and Donna Scott, Katie Raike and former Cask & Larder brewmaster Ron Raike, will create the Brix Project, which will include a brewpub with 20 taps, a restaurant and a beer garden in a 16,000-square-foot complex. 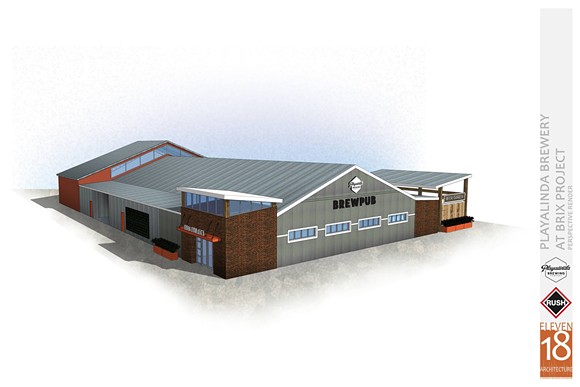 The Brix Project will have its own production brewery, as well as a distillery that produces small batches of vodka, rum and gin, which will debut in 2017.

The restaurant will serve a variety of woodfire-grilled dishes created by Justin Medina, who will develop the menu and serve as the restaurant's executive chef.

The Brix Project is set to open later this summer where a former lumberyard was on U.S. 1 South of downtown Titusville, according to a press release.

As for the Playalinda Brewing Company's original location in downtown Titusville, it will remain open and continue to brew beers on site and offer food and drink service.