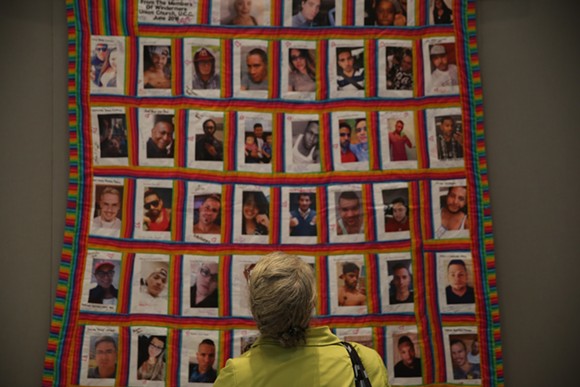 Democrats took a break from concreting their party's most progressive platform to honor the 49 victims of the mass shooting at the gay nightclub Pulse.

The intimate vigil inside the Orlando Museum of Art featured speeches from locals and top leaders in the party, including U.S. Rep. Debbie Wasserman Schultz, chairwoman of the Democratic National Committee. The South Florida representative says that the closer mass shootings get to your home, the pain intensifies.

"We must stop the madness," she says. "Democrats are going to stand strong every minute of every day until we can get our counterparts on the other side of the aisle to join the 90 percent of Americans in this country who believe that we should make sure people who should not have access to guns cannot buy them."

The vigil included a large quilt made by the Windermere Union Church with pictures of all 49 victims' faces and the lighting of 49 candles as the victims' names were read.

Nancy Rosado, a retired New York police sergeant who survived 9/11, says as a gay Latina, it was hard to see her two Orlando communities hurting after Pulse. Rosado, along with a group of other Puerto Rican women, created Somos Orlando in the aftermath. The fund, managed by the Hispanic Federation, focuses on crisis intervention and mental health services for the Latino community. She called for legislation that would ensure mental and physical health services for any victims of a terrorist attack. 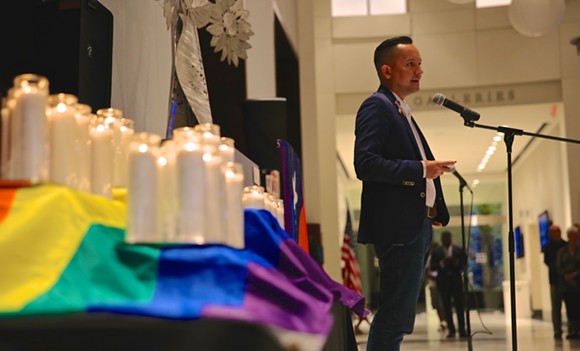 "We [need] to immediately ban military-style assault weapons," he says. "We all understand there's no legitimate civilian purpose for these weapons. … We are not going to allow for mass shooting to be normalized. We're not going to allow for the profits of gun manufactures to override the live of our families and our communities. We understand now more than ever that guns make hatred and bigotry deadly." 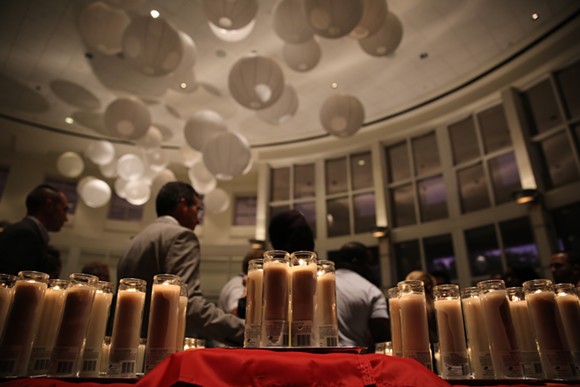