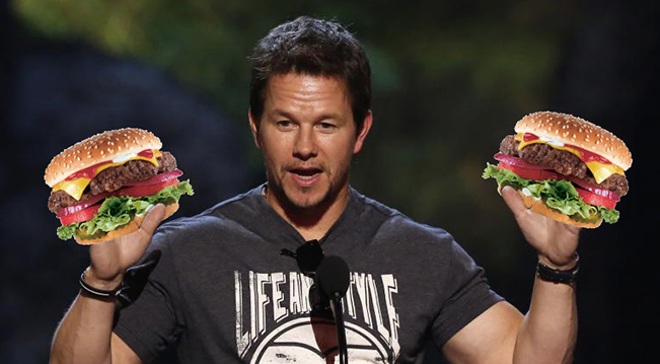 Downtown Orlando's Wahlburgers will be the subject of this week’s episode of Wahlburgers on A&E. The episode was filmed before the Pulse shootings; we are waiting to hear back from reps of the show, but it's a safe bet that some reference to the tragic events was added in post-production.

“Cameras from A&E were on hand during our restaurant’s opening and VIP event back in February. This Wednesday’s Wahlburgers show features our festivities as well as the antics of Paul and Mark Wahlberg as they made their way through Central Florida,” says franchisee Gina Buell.

To celebrate the episode, the Boston-based burger restaurant at 200 S. Orange Ave. is offering drink specials all day on Wednesday, July 13, and marking down their #OrlandoStrong T-shirts. They will also hold a viewing party to watch the episode at 10 p.m. Wednesday. Buell promises, "Additional surprises will be in store during the viewing party."

One hundred percent of the proceeds from Wahlburgers' #OrlandoStrong T-shirts will go to the One Orlando fund, and Donny Wahlberg has promised to personally match the total overall amount raised. He posted on his social media feeds, "Time goes on, but so do the struggles for many of the victims & families of the horrific and cowardly attack in Orlando. Many need our continued #LOVE & support."

Here's a trailer for the episode, in which two Wahlberg brothers compete on the Pirate's Cove Adventure mini-golf course: