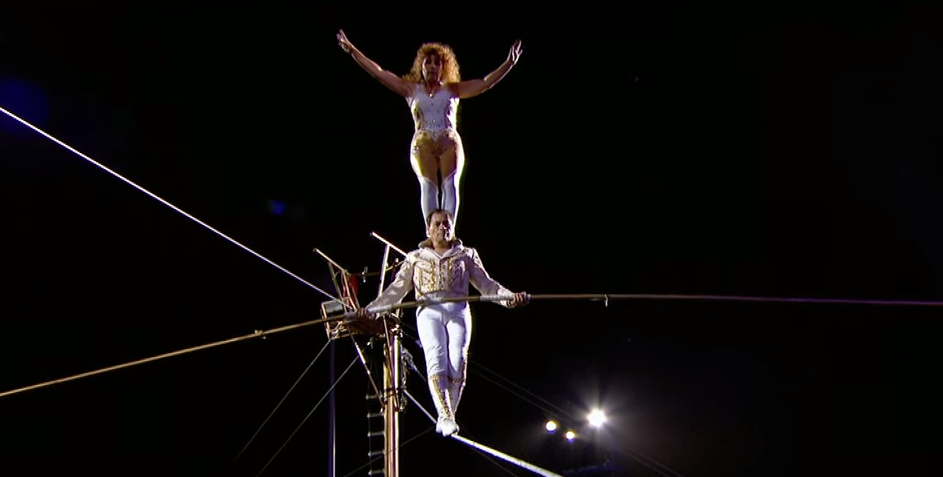 Duo Guerrero returned to NBC's America's Got Talent on Tuesday, and their crazy highwire routine during the Judge Cuts left the crowd both amazed and terrified for their safety.
In their audition, the husband-and-wife duo (Aura and Werner of Sarasota, Florida) showcased tricks like Aura balancing a chair on the wire, Aura doing splits on the wire, and her husband standing on her shoulders as she balanced (ouch). The three America's Got Talent judges – Heidi Klum, Mel B and Howie Mandel – gave them a "yes" vote, sending them into the Judge Cuts round.

During the Judge Cuts round, Aura and Werner walked the tightrope while blindfolded and jumped rope on the tightrope. Both of them had the judges anxious to see what would happen: Even Simon Cowell looked worried. But although their performance during the Judge Cuts was even more daring than their audition, it still wasn't enough to keep them on the show. They might be gone, but their performances will forever give us vertigo.