Skull Island: Reign of Kong brings the 8th Wonder of the World back to Universal Orlando 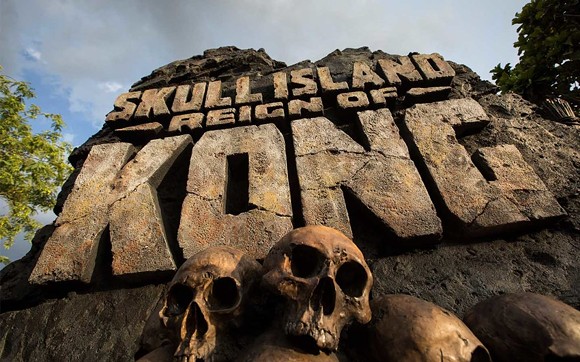 Kong is back! After months of waiting, Skull Island: Reign of Kong is officially open at Universal's Islands of Adventure. According to Universal, riders are "transported deep into a mysterious world, where their mission is to discover creatures of unknown origin with the 8th Wonder Expedition Company, the research team leading the excursion."

They'll delve deeper into the mysterious island and, of course, as on all great rides, the guests will run into some trouble. The ride operates on a trackless ride system, meaning there's no set path for each vehicle to follow and making it a fully immersive experience for park guests.

Universal promises guests will run into King Kong, who, at almost three stories tall, will tower over everyone. Apparently he'll lean in so close that you'll be able to "feel his breath and sense his emotion."