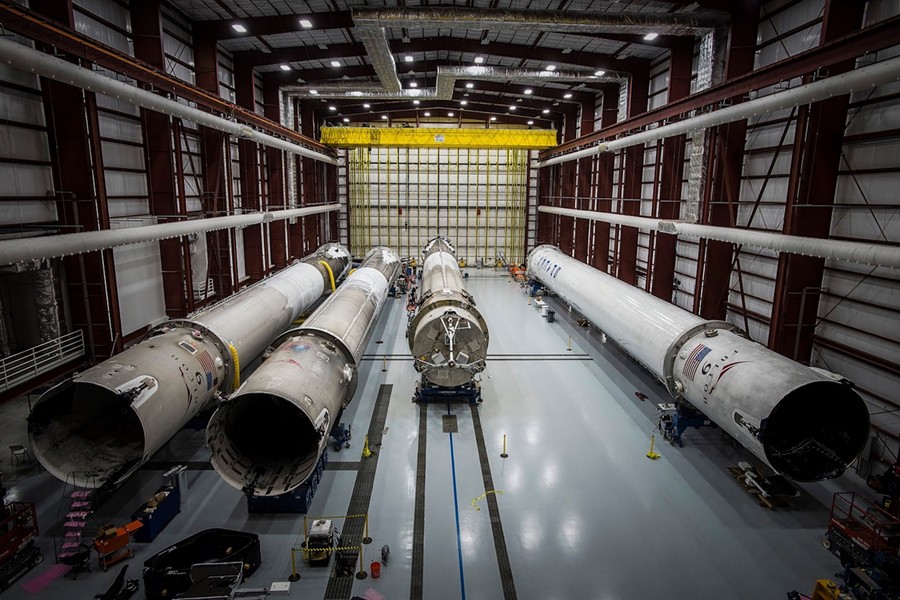 SpaceX is set to launch its ninth Dragon Spacecraft next Monday for a mission aimed to resupply the International Space Station with loads of goodies and “experiments,” said NASA in a press release back in March of this year.

The mission, formally referred to as the CRS-9 Falcon Spacecraft Launch, will blast off from Space Launch Complex 40 at Cape Canaveral Air Force Station (CCAFS) in Florida at approximately 12:45 a.m. KSC is but a 45-minute drive east of Orlando, which to some may not be worth the gas or time. However, Elon Musk’s SpaceX is the first private entity in the history of space exploration to ever launch and reuse its own rockets, and what may seem far, far away on the east coast of Florida is relatively quite close to home, given the loads of international attention the corporation has been attracting.

According to NASA’s press release from March, many of the experiments, chemicals and materials on board the Dragon rocket will end up 249 miles above in the floating laboratories of the International Space Station.

The 18-year-old manned satellite station is home to astronauts Kate Rubins and Anatoly Ivanishin, who will be receiving Rodent Research-3 experiments to study and analyze how the human body functions in microgravity environments. Specifically, the experiment is intended to assess musculoskeletal deterioration in humans who suffer from chronic diseases and other physical illnesses.

In space, astronauts are prone to muscle loss and bone deterioration. Prolonged “disuse” of the body’s vital rods and gears, like the spine, can eventually model the effects of muscular dystrophy, amyotrophic lateral sclerosis, cancer cachexia and many other life-threatening conditions. Rodent Research-3 aims to study the direct causes of such physical degradation for the sake of future space inhabitants as well as us Earth dwellers down below.

Other nifty gadgets and experiments include a microchannel diffusion device that will help study drug administration at the near-atomic level using nanotechnology. The Bigelow Expandable Activity Module (BEAM) is another, much larger device (pictured above) that will endure a two-year durability test as an extension of livable work and research space on the ISS. There will be a number of pharmaceutical investigations as well, whose names and processes are intimidatingly long: the CASIS Protein Crystal Growth 4 (CASIS PCG 4) and a Co-Crystallization in Microgravity Approach to Structure-based Drug Design will be studied for ... extremely complex reasons that are better explained at length by those who are conducting them.

Enough about all that science, though. We want to see something huge shoot up into the sky … and back down again. Yes, this is one of those famous rockets you’ve probably been hearing about. The CRS-9 Falcon will make its way back to Earth after its ISS delivery.

NASA and SpaceX have released little information about the spacecraft’s return, but past missions in which the company has successfully stuck a rocket on a moving drone ship in the middle of the ocean provide promising pings of excitement for our little intergalactic nomad taking off on Monday.

If you’re dying to see the real deal, visit KSC’s website for visitor information. Can’t make the trip? Mission managers will be live-streaming prelaunch activities and briefings here at 2 p.m. Sunday. NASA will be televising the entire shindig beginning at 11:30 p.m. EDT that night.