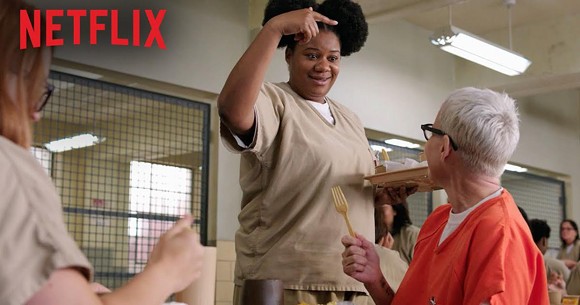 U.S. District Judge Patricia Seitz last year ordered the Department of Corrections to offer kosher meals and barred it from removing inmates from the religious dietary plan if prisoners buy non-kosher food from canteens or don't pick up the meals more than 10 percent of the time.

While Corrections Secretary Julie Jones has maintained she has no plans to stop offering kosher meals, the agency argued that a federal law – the "Religious Land Use and Institutionalized Persons Act" of 2000 – allows prison officials to stop offering the meal plan if it gets too expensive.

Two years ago, prison officials switched to all-cold meals of peanut butter and sardines, served twice a day. Some inmates complained this was to discourage them from signing up for the kosher plan. tweet this
But a three-judge panel of the 11th U.S. Circuit Court of Appeals ruled Thursday that Jones and the agency failed to prove their case. The state has spent nearly $500,000 on legal fees and costs in the prolonged dispute.

Lawyers for the state argued that denying the meals is the least restrictive means of furthering the government's interest in containing costs.

"But the secretary's argument lacks any support in the record," appeals-court Judge William Pryor wrote in the 15-page opinion.

Thirty-five other states and the Federal Bureau of Prisons provide kosher diets to inmates.

Jones "fail(ed) to explain why the department cannot offer kosher meals when the Federal Bureau of Prisons and other states do so," or why she can't provide the kosher meals although the department offers other special diets "at similar marginal costs," Pryor wrote.

Justice Department officials provided evidence that corrections officials are not screening out "insincere applicants" or enforcing rules of participation in the program, something Jones did not dispute, the judge noted.

Jones also argued that the agency has a budget deficit and that she might have to eliminate 246 positions to pay for kosher meals.

But she offered "no concrete evidence concerning how other prison operations would be affected by the costs of the kosher meals … and we do not have enough information about the deficit or the vacancies to conclude that they might make the asserted interest compelling," wrote Pryor, who was joined in the opinion by judges Jill Pryor and Richard Story.

Jones also tried to "avoid her evidentiary burden by shifting the blame to limited appropriations from the Florida Legislature," but the federal law does not distinguish between parts of the government, the three-judge panel found.

"If the secretary must provide kosher meals, then the Legislature must appropriate enough funds to honor the obligation," the order upholding the permanent injunction said.

Corrections officials are reviewing the court's decision and "will determine next steps," agency spokeswoman Michelle Glady said in an email Thursday evening.

"We will continue to serve the more than 9,000 inmates enrolled in the religious dietary program meals that comply with the tenets of their faith," she said.

The fight over kosher meals in Florida prisons has dragged on for more than a decade.

The department started offering kosher meals in 2004 to Jewish prisoners at 13 facilities and transferred inmates who were eligible for the meals to those institutions. The agency expanded the program to inmates of all faiths in 2006 but halted it the following year before reinstating it as a pilot project at a single prison in 2010, serving fewer than 20 prisoners.

A year after the Justice Department filed the lawsuit in 2012, the state again began serving kosher meals and promised to have the meals available to all inmates by last July.

Two years ago, prison officials switched to all-cold meals, consisting largely of peanut butter and sardines, served twice a day, prompting some inmates to complain that the unappetizing diet was aimed at discouraging prisoners from signing up for the kosher plan.

About 9,000 of the state's 100,000 prisoners are receiving kosher meals, according to Glady. As of Monday, the state was spending $3.32 per inmate per day on kosher meals, compared to about $1.97 for the regular diet.

Lawyers who represented a Jewish inmate who sued the state after being denied a kosher diet hailed Thursday's ruling.

"This is a huge win, and it perfectly shows how protecting religious liberty for any Americans ultimately protects it for all Americans,” said Daniel Blomberg, a lawyer with the Becket Fund for Religious Liberty, said in a press release.