Of the types of music usually hosted by the Timucua White House, folk is probably the rare bird of the lot. But when it’s featured, it’s seldom the trendy young bucks you’re likely more familiar with from the current rock circuit. And that’s a good thing because it often means obscure but accomplished and true practitioners from arcane circles who aren’t tourists passing through in the pursuit of glory but disciples who’ve devoted decades and sometimes lifetimes to the form. In traditional genres, that’s called bona fides. 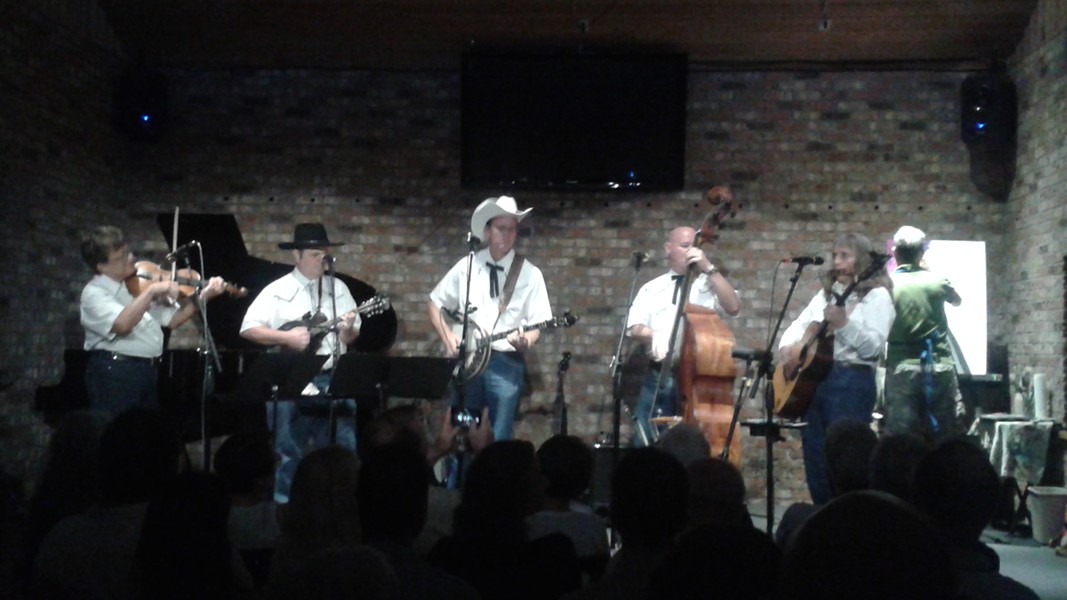 The latest offering was Late Fer Dinner (July 17), an Orlando ensemble that specializes in bluegrass, folk, country and gospel. The quintet is a string band that packs banjo, mandolin, upright bass, guitar, fiddle and five-part harmonies. And their performance was a faithful, transporting time capsule that’s gentle in step and practiced in execution. They radiate genuine sweetness and charm but no camp or corn (except for maybe some of their jokes). This is the real stuff, an authentic vignette of the deep but quiet grace and artistry that folk music is capable of. They even sing about the massive and modern correctional behemoth of the Orange County Jail like it was some idyllic frontier jailhouse:

Late Fer Dinner is a refreshing and needed bolt of tradition and purity in the city’s musical fabric. Put these guys on a Southern Fried Sunday bill and watch a lot of the younger bands get taken back to school.

Further evidence that folk music brings a different wavelength to the Timucua White House was that this act drew a higher proportion of first-timers to the venue as I’ve perhaps ever seen. And never before have I seen the place stomp this way, and it was beautiful:

Anyone who can turn an art house into a revival like this is worth your time.