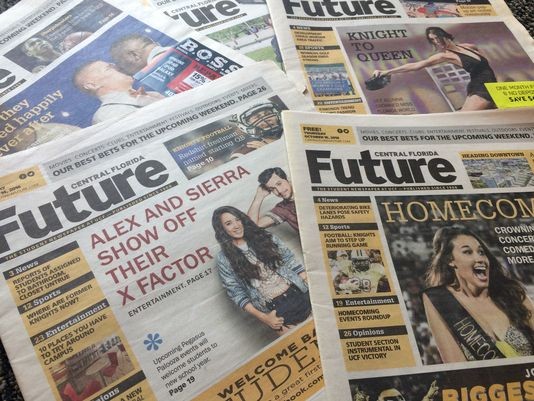 After almost five decades of publication, a student newspaper at the University of Central Florida announced it will print its final issue Aug. 4.

The Central Florida Future had a weekly circulation of 14,000 and is owned by the daily newspaper Florida Today, which is owned by Gannett Company. It was recently named a national finalist by the Society of Professional Journalists for "Best All-Around Non-Daily Student Newspaper."

"The recent investments Gannett has been making to build out the USA TODAY Network nationally and in the state of Florida have created new demands for our time and attention,” says Jeff Kiel, the company's regional president, according to CFF.

The student newspaper reports its full-time employees will be relocated to the Florida Today.